Asia’s biggest aerospace and defence exhibition, Singapore Airshow returned for its eighth edition from 15 to 18 February 2022. Close to 13,000 trade visitors from more than 39 countries/regions and almost 600 participating companies reconnected and explored business opportunities over the four days of the show. “We are thrilled that our exhibitors and visitors came together for conversations, and more importantly to collaborate,” said Leck Chet Lam, Managing Director of Experia Events, organiser of the event.

As Asia’s most influential platform for top decision-makers in the global aerospace and defence ecosystem, Singapore Airshow attracted global aviation companies such as Airbus, Boeing and Lockheed Martin as well as government agencies and armed forces from around the world. Leading firms headquartered in Asia such as ST Engineering and the Aviation Industry Corporation of China were also in attendance, pulling out all stops to highlight the latest innovations.

Optimism for industry recovery was palpable throughout the event, with many also discussing pathways and solutions towards a more sustainable future for the sector.

The event schedule was packed with myriad opportunities for networking, thought leadership and professional development. Vital conversations took place at sessions like the Aviation CEO Forum, with leaders from various parts of the industry weighing in prospects for pandemic recovery, business resilience, and network and fleet development.

Talent development was also a key focus, as AeroCampus returned for its fourth edition. The digital programme included STEM workshops to inspire future aviation professionals and a virtual career fair enabling students and jobseekers to interact with renowned aerospace companies and get a glimpse of career opportunities. 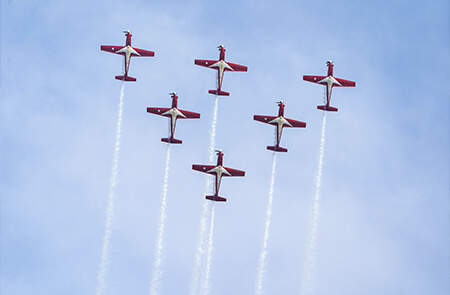 Key deals were announced during the event, indicating the continued recovery of the aerospace and defence sectors. These include ST Engineering forming a consortium with Skyports and Sumitomo Corporation to provide unmanned aircraft for shore-to-ship parcel delivery as well as JetBlue Airways signing a firm order for an additional 30 Airbus A220-300 as part of its ongoing fleet modernisation programme.

Sustainability was a core theme at the event, which saw numerous industry leaders make pledges around decarbonisation. Among the most prominent was the Civil Aviation Authority of Singapore kickstarting its development of a Singapore Sustainable Air Hub Blueprint with support from an International Advisory Panel of industry stakeholders. Singapore Airlines, Airbus, Rolls-Royce and Safran also signed a Global Sustainable Aviation Fuel (SAF) Declaration to promote the acceleration of the development, production, and consumption of SAF.

The event was also abuzz with developments surrounding electric vertical take-off and landing aircraft or eVOTLs. Deals were signed for close to 200 eVTOLs, which have been touted as solutions to easing traffic congestion in urban centres and reducing the carbon intensity of transport and logistics. AirAsia signed a non-binding MOU to lease a minimum of 100 VX3 eVTOL aircraft from aircraft leasing company Avolon, while German firm Volocopter announced plans to begin air taxi services in Singapore by 2024. 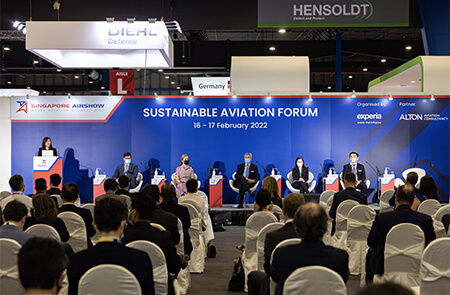 The event itself made strides to go green. Embraer, Rolls-Royce and Shell participated in the Sustainable Aviation Forum, with sessions around future technology air mobility and aviation operations. The venue was powered by 15,000 solar panels installed on the roof of the Changi Exhibition Centre, and the event went largely paperless, with the show directory offered in an electronic format and online platforms such as a digital media centre created to minimise printing.

The success of Singapore Airshow 2022 is a feather in Singapore’s cap, reinforcing its status as a Global-Asia Node for MICE and business, and extending its track record of hosting world-class business events.

Throughout the show, Singapore’s commitment to providing peace of mind to event organisers and delegates shone through with the health and safety measures put in place. At the end of the day, as Bell’s Director of International Support and Services Chris Schaefer observed, people were simply glad to interact in person again. “We were really happy with how many of our customers we were able to meet. To be able to meet with people face to face: it was fantastic,” he said. 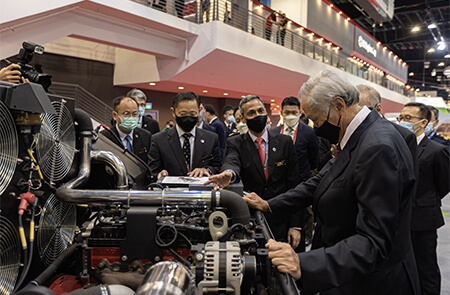 The event was critical in providing industry leaders opportunities to hold important conversations to bring the sector forward and navigate challenges, both current and future. Indeed, it remains the place “where aviation’s finest meet.”

gamescom asia certainly represents a landmark for Singapore’s gaming industry as well as sets the tone for what can be achieved for all future events in Singapore.

Attracted visitors from more than

Saw representation from over

of the top 20 global aerospace companies

of key exhibitors indicating intent to return in 2024 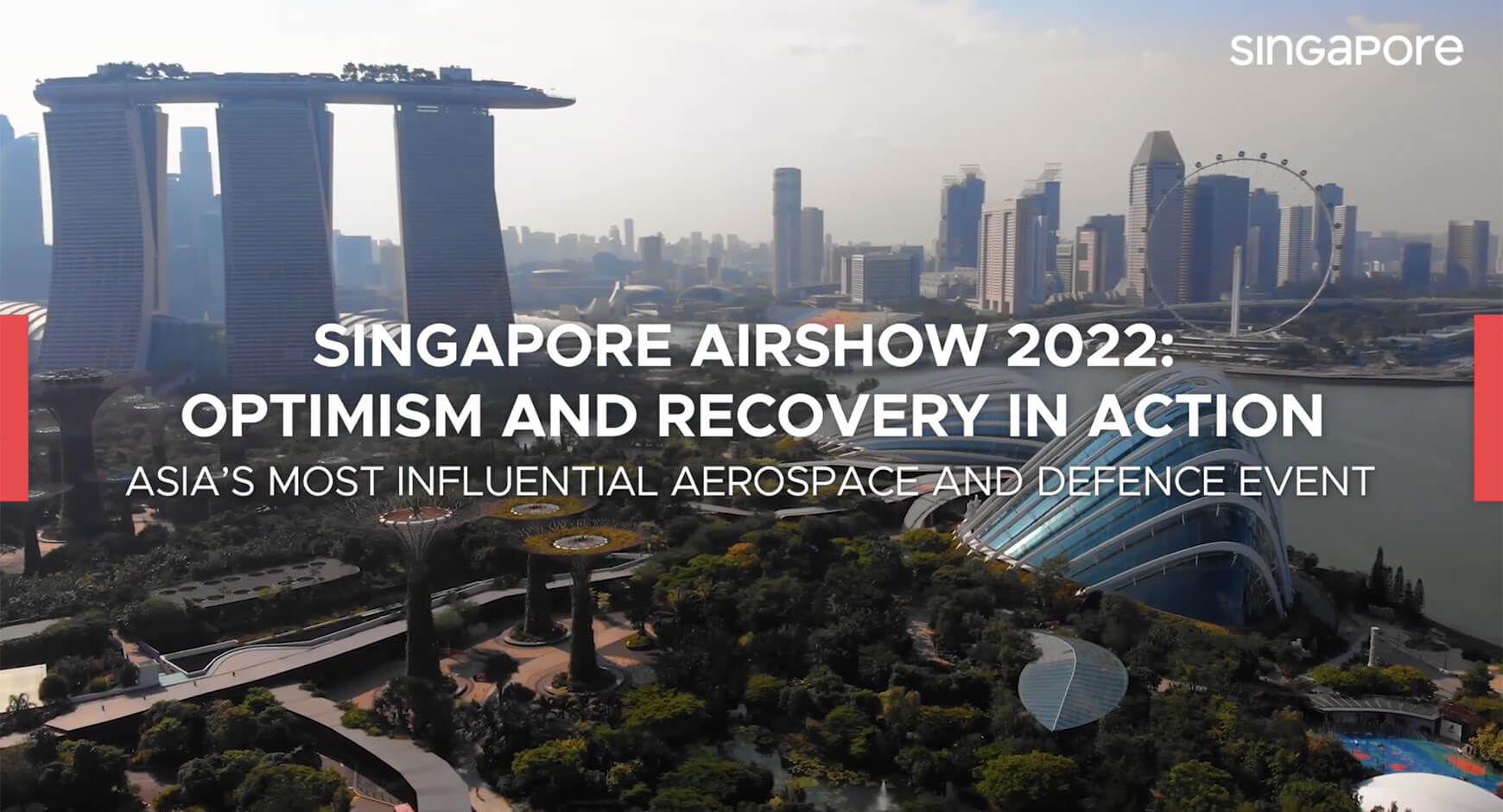