The Marina Bay Sands® SkyPark is a roof like no other, perched 200 metres in the air featuring an infinity pool and observation deck. 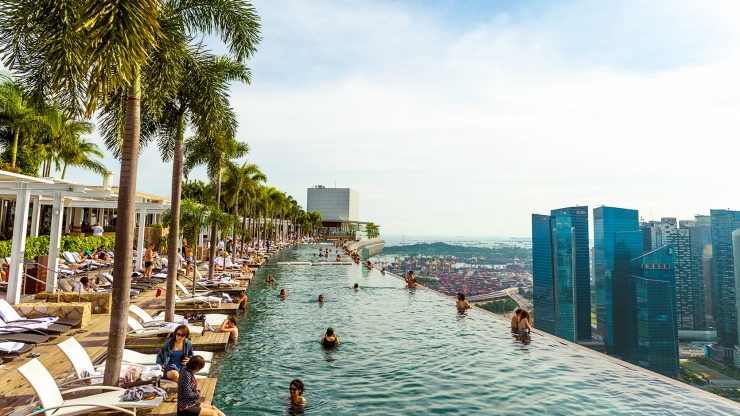 The 150-metre infinity pool on the Marina Bay Sands® SkyPark is the world’s largest elevated body of water outdoors.

A view of the infinity pool on the Marina Bay Sands SkyPark, overlooking the Singapore skyline at night.
Photo by Andrew Tan 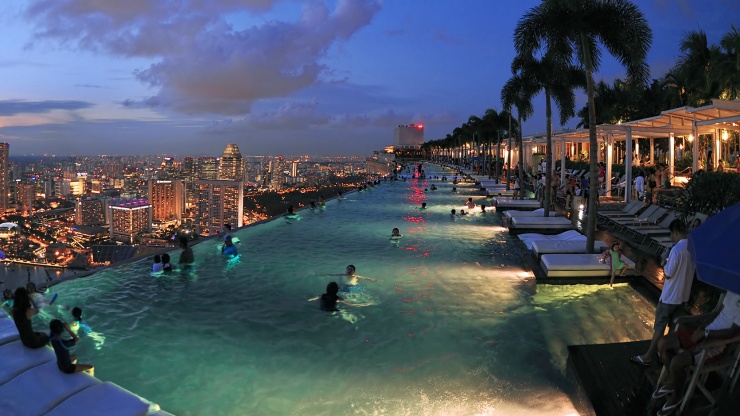 Take in stunning views from an infinity pool and observation deck at the
Marina Bay Sands® SkyPark. 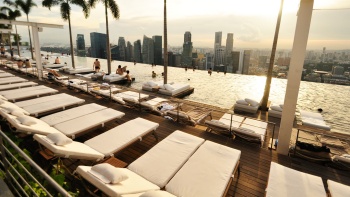 It looks like a celestial surfboard or a spaceship docking on a tripod. No matter where your imagination takes you, the Marina Bay Sands® SkyPark is a wondrous feat of engineering.

This gravity-defying platform is one of the largest in the world. The 1.2-hectare SkyPark stretches longer than the Eiffel Tower laid down and is large enough to park four and a half A380 Jumbo Jets.

It houses a ticketed observation deck, lush gardens, top-notch restaurants and an exclusive, infinity-edge swimming pool with a legendary view.

The 150-metre pool, the world’s largest elevated body of water outdoors, has been designed with a vanishing edge. It is as if there is nothing between the swimmer and the skyscrapers in front of them.

Those taking a dip feel like they are swimming among the clouds, perched so high in the sky with the most majestic scenery at their feet. However, only hotel guests can swim in the pool and enter the SkyPark free of charge. 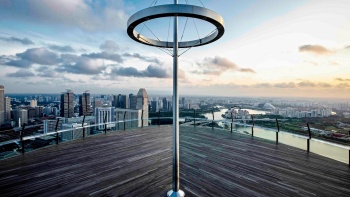 Visitors not staying at the hotel can buy tickets to the Sands SkyPark Observation Deck, which offers you unobstructed 360-degree views of the Singapore skyline.

Dine at LAVO Italian Restaurant & Rooftop Bar or savour a cocktail at CÉ LA VI—located atop the Sands SkyPark—and witness an unforgettable panoramic view of the Singapore skyline.

After experiencing the slice of heaven that is the SkyPark, descend to earth where a world of shopping, dining and entertainment attractions awaits you at the rest of the Marina Bay Sands® integrated resort.

In 2012, the Marina Bay Sands® SkyPark saw the largest BASE jumping event in Singapore. Seven professional jumpers leapt off the roof in an adrenaline-pumping display to welcome the new year. 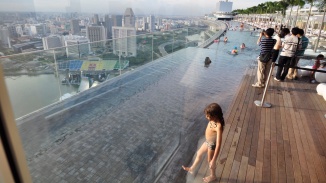 Snaps from the top

If you don’t have your camera with you, don’t fret. Look out for Marina Bay Sands SkyPark’s roving photographers. You’ll find them at the SkyPark entrance, Tower 3, B1 or at the Observation Deck. 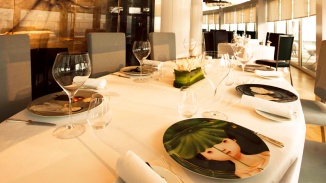 Wining & dining at the top

If you fancy a meal or drink with spectacular views on the side, head to the iconic CÉ LA VI Restaurant and SkyBar or Spago Dining Room by Wolfgang Puck. 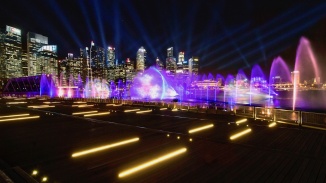 For some of the city’s best views, visit the Sands SkyPark at night. You’ll also be able to catch a glimpse of the spectacular Spectra—A Light & Water Show at Marina Bay Sands' Event Plaza, held at least twice a night down at the water. Check out the official website for more details.