Explore a Chinatown like no other, and be enchanted by historic temples, hip bars and the heritage of Singapore. 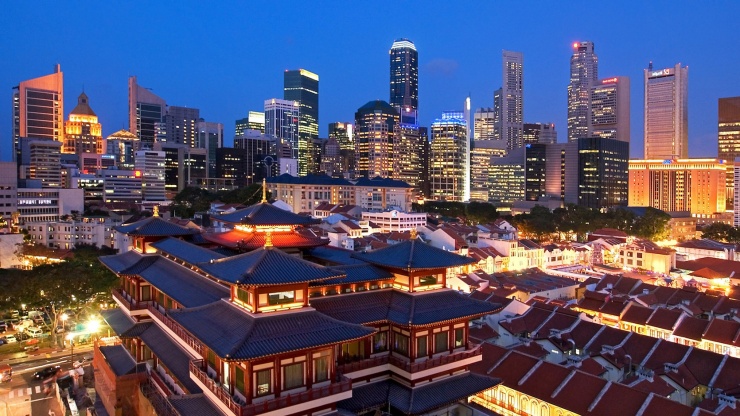 Old meets new in spectacular fashion after dark, when the streets of Chinatown come alive with light, music and merriment. 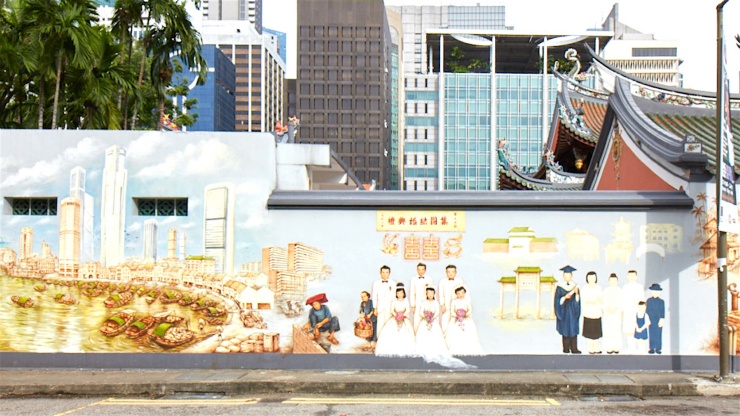 Art doesn’t have to be confined to the walls of a gallery; this mural along Amoy Street is just one example of the many beautiful sights that dot the neighbourhood. 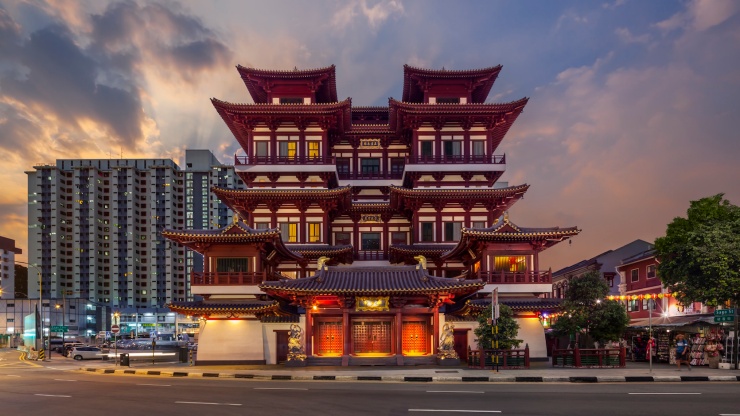 A district with many thriving places of worship, Chinatown is home to a multitude of cultural practices, religions and inspiring architecture.

Once an enclave for Singapore’s Chinese immigrant population, the Chinatown of today is much-beloved for its blend of old and new, with historic temples and traditional medicinal halls sitting alongside bold new bars and trendy lifestyle shops.

You’ll be able to spend an entire day exploring this vibrant district, which encompasses the neighbourhoods of Tanjong Pagar, Bukit Pasoh, Kreta Ayer and Telok Ayer. Whether you’re exploring century-old temples or making new friends at hip watering holes, there’s always a new experience to be had in Chinatown.

A tapestry of cultural diversity

Gain insights into Singapore’s rich, multi-ethnic culture by visiting some of the country’s most fascinating places of worship, located in the heart of Chinatown. This age-old precinct is home to myriad different cultures and is the only Chinatown in the world to boast a Buddhist temple, a mosque and a Hindu temple along a single street.

Culture vultures looking to immerse themselves in Buddhism’s rich art and history should pay a visit to the Buddha Tooth Relic Temple & Museum. The temple’s interior is architecturally designed in the form of a mandala, a central concept in Buddhist and Hindu spirituality that represents universal connection. You’ll be able to find moments of reprieve and tranquillity at the temple’s rooftop garden with its beautiful pagoda. 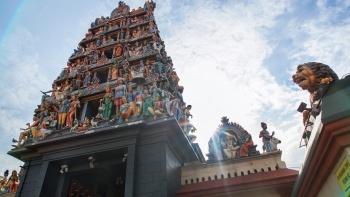 From the Buddha Tooth Relic Temple & Museum, take a short jaunt down South Bridge Road, and keep an eye out for Sri Mariamman Temple, the oldest Hindu temple in Singapore. While the statue of this temple’s patron deity is only unveiled on special occasions, the temple’s interior is a wealth of murals and shrines, dedicated to gods like Shiva and Durga.

Located just a stone’s throw away on Mosque Street is Masjid Jamae, built as a place of worship for Chinatown’s Tamil Muslim population. Colloquially referred to as Periya Palli (‘Big Mosque’ in Tamil), the mosque’s iconic architectural style makes it a must-see for urban explorers.

A taste of old and new

Whether you’re a foodie exploring the traditional flavours of a country or a gourmand who loves fusion and experimentation, Chinatown’s diverse food offerings are certain to sate your appetite. 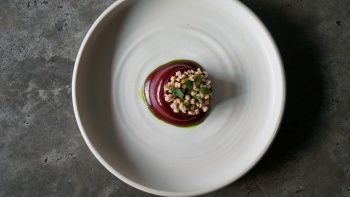 Foodies looking for behind-the-scenes insight into the preparation of Japanese dishes should visit Meta at Keong Saik Road. French fare meets Asian influences at this Michelin-starred restaurant, with dishes including grilled langoustine seasoned with seaweed, and Japanese seabass served with razor clams and chorizo. Visitors should reserve a seat at the counter if they’d like to watch the chefs at work. 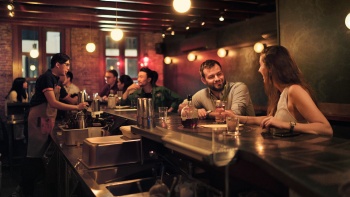 Alternatively, lovers of culinary invention should visit A Noodle Story, an innovative hawker stall at Amoy Street Food Centre. The establishment draws on local flavours to bring a twist to its ramen dishes, and retained its Michelin Bib Gourmand award in 2018.

Besides being home to culture and tradition, Chinatown is also a neighbourhood filled with a plethora of bustling bars where you can socialise over a tipple.

To discover cocktails inspired by Asia’s diverse flavours, order a drink at Native in Telok Ayer. Ranked 13th on the 2018 World’s 50 Best Bars list, the drinks are made from locally foraged produce and exotic ingredients, which make them great conversation starters. Or pay a visit to Flagship in Bukit Pasoh, an unpretentious watering hole that serves up both whisky-based cocktails and hard rock vibes. Gibson—its sister bar—is located on the second floor of the same building, and their unconventional cocktails have earned them a spot on the 2018 list of Asia’s 50 Best Bars.

Movie aficionados looking to share silver screen insights can catch a movie at The Screening Room in the evening. As a bar that doubles up as a mini cinema, this drinking establishment along Ann Siang Road gives socialisers a chance to make new friends over a tipple, enjoy the view from the rooftop bar, or head down to the mini-cinema to enjoy a cult classic film.

In the early years, clan groups lived in different areas: The Hokkiens in Telok Ayer and the waterfront, the Teochews along Singapore River (Clarke Quay) and around Fort Canning, and the Cantonese and Hakka in Kreta Ayer.

The Chinese name for Chinatown directly translates to the words ‘ox’, ‘cart’ and ‘water’. This refers to the bullock carts that brought much of the water supply to this district in the 19th century.

Tong Heng: Come for the egg tarts, stay for other delectable snacks and desserts like red bean soup and curry puffs.

Pek Sin Choon: With decades of experience in the subtle craft of brewing Chinese teas, Pek Sin Choon is a perfect pit stop for tea connoisseurs.

Chop Wah On: A traditional Chinese apothecary specialising in medicated oils and traditional remedies, Chop Wah On offers a range of therapeutic and aromatic products.

On Cheong: Lavish designs meet stellar craftsmanship at On Cheong, one of Singapore’s most esteemed jewellers. Peruse their jadeite earrings and necklaces to add a touch of the Orient to your wardrobe.

Hotel 1929: Located in the bustling heart of Chinatown, Hotel 1929’s modern chic interior design is a delightful contrast to the rich heritage of its surroundings.

Drop by one of these centres in downtown Singapore to get more information about Singapore, purchase tickets to attractions and tours or pick up a souvenir. Find Out More