Housed in a historical building by the Singapore River, this museum tells the stories of Asian civilisations through its permanent collections.

People of the River sculpture outside the Asian Civilisations Museum 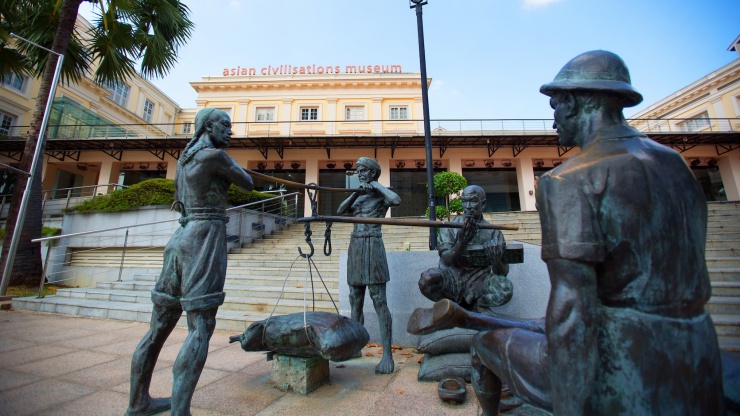 A series of sculptures that depict the everyday lives of locals under colonial rule, ‘People of The River’ offers a nostalgic look into 19th-century Singapore. ‘A Great Emporium’—located in front of the Asian Civilisations Museum—depicts the coolies who helped build our nation. 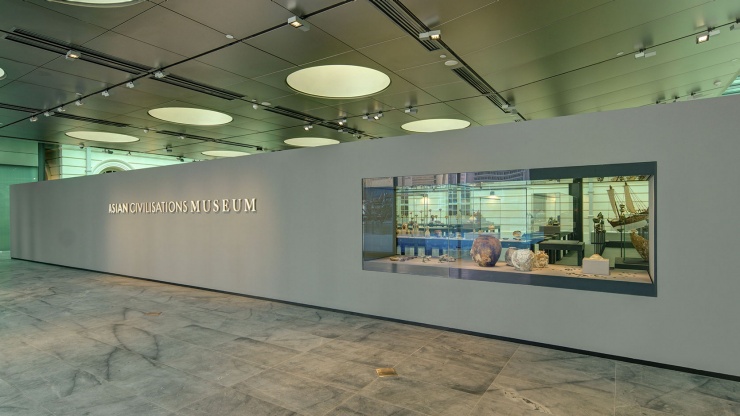 Discover artefacts from Singapore and the region at the Asian Civilisations Museum.

With its mix of races and cultures, Singapore has rightfully earned a reputation for being the cultural melting pot of Asia. To showcase this diverse heritage, the Asian Civilisations Museum (ACM) takes you on a grand exploration of the people from around the region that have settled on our shores over the past two centuries.

The ACM is the only museum in the region devoted to exploring the artistic heritage of Asia, especially the ancestral cultures of Singaporeans. Founded in 1993, and in its present building by the Singapore River since 2003, the ACM launched two new wings with new galleries in late 2015.

The ACM shines the spotlight on the historical connections between the cultures of Asia, and between Asia and the world. At the ground floor, you’ll find the Trade and the Exchange of Ideas gallery, which is home to artefacts and artworks that tell stories of Singapore’s history as an emporium for global trade.

In the ACM’s riverfront wing, resides the Khoo Teck Puat gallery, where visitors can find the famous Tang Shipwreck collection, a virtual time capsule of treasures from 9th-century China hidden from the world till its discovery in 1998.

Then, head to the Kwek Hong Png Wing to admire the museum’s first contemporary art space, located on the ground floor. The wing’s third floor also houses over 300 magnificent Chinese ceramics from the museum's collection. Other galleries in the ACM include the Ancient Religions Gallery and the Scholar in Chinese Culture gallery.

The ACM is far more than just a spectacular history lesson. Expect programmes like the annual River Nights, where you can connect closely with culture and the arts.

After marvelling at all that history, you can also take time to reflect with a bite at Privé Café @ ACM or Cantonese restaurant, Empress. Then, exit through the gift shop and pick up some unique mementos of your trip to the ACM .