Also known as Masjid Chulia, Masjid Jamae is one of Singapore’s oldest mosques and a prominent landmark in Chinatown since the 1820s. 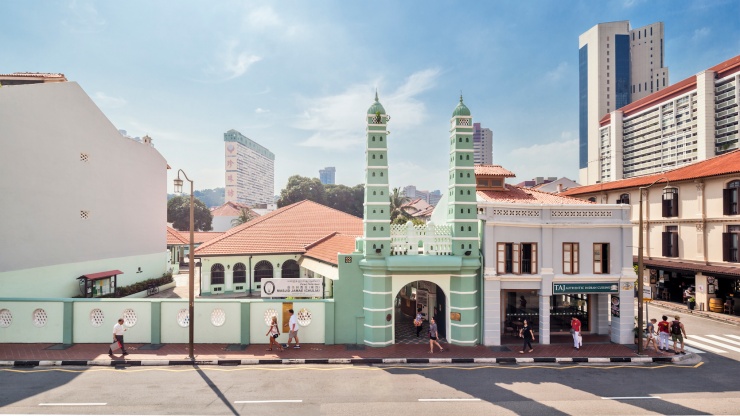 The Masjid Jamae is one of the oldest mosques in Singapore.

Exterior of Masjid Jamae
Photo by Albert Freeman via Flickr 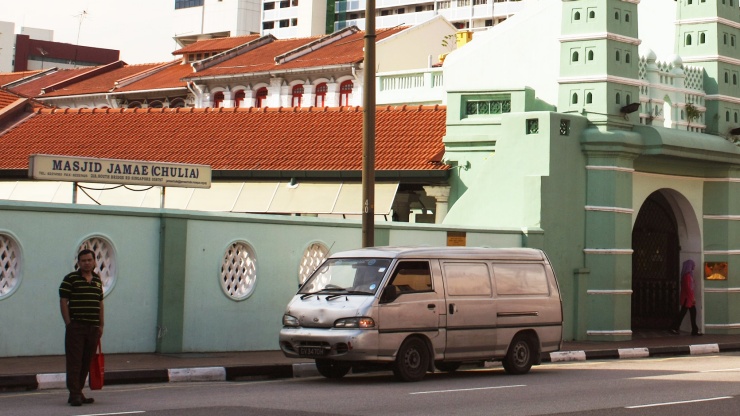 A prominent landmark, Masjid Jamae in Singapore is also known as Masjid Chulia. 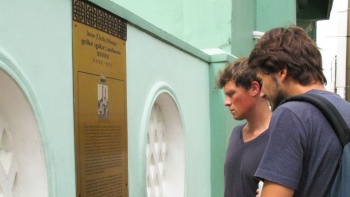 With its distinctive front gate and minarets, Masjid Jamae may seem like a curious oddity in its predominantly Chinese enclave of Chinatown.

But, along with its neighbour, Sri Mariamman Temple, Masjid Jamae has been a prominent landmark in South Bridge Road for nearly 200 years, often appearing in early illustrations, photographs and postcards.

A mosque for Chulia migrants 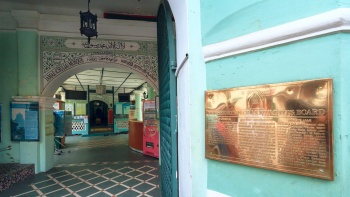 With a history that dates as far back as 1827, Masjid Jamae was the first of three mosques in Chinatown erected by the Chulias, who were Tamil Muslims from the Coromandel Coast of Southern India.

This is why it is also known as Masjid Chulia or Chulia Mosque. It is one of the few mosques in Singapore holding religious classes in Tamil today.

Said to be one of the oldest mosques in Singapore, Masjid Jamae has an eclectic architectural style, borrowing elements from both East and West.

The entrance gate has a South Indian Indo-Islamic influence, while the prayer hall’s neoclassical features include Doric columns and large windows with Chinese green-glazed tiles.

The intricately designed palace façade has tiny doors and cross-shaped openings that’s worth a second look.

In any case, this is the site to see early Singapore architecture in its original form. Unlike other 19th century religious buildings, Masjid Jamae has not been rebuilt, although it has been repaired and repainted.

Masjid Jamae was gazetted as a national monument in 1974.