The oldest Christian church in Singapore is an architectural masterpiece from the early 19th century. 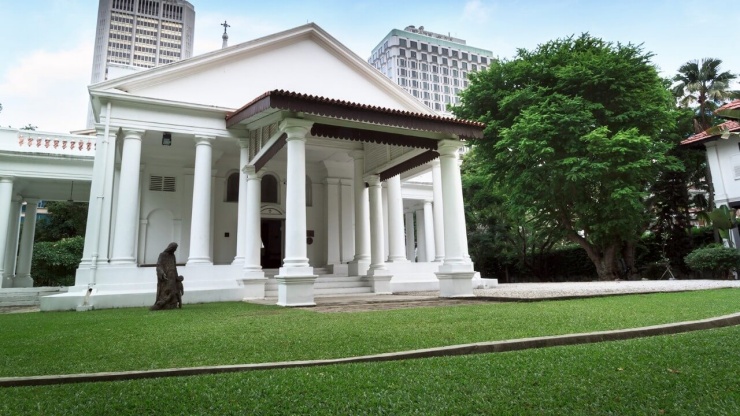 The Armenian Church in Singapore is a 19th-century architectural masterpiece.

The interior of the Armenian Church
Photo by Michael Mahlberg via Foter.com 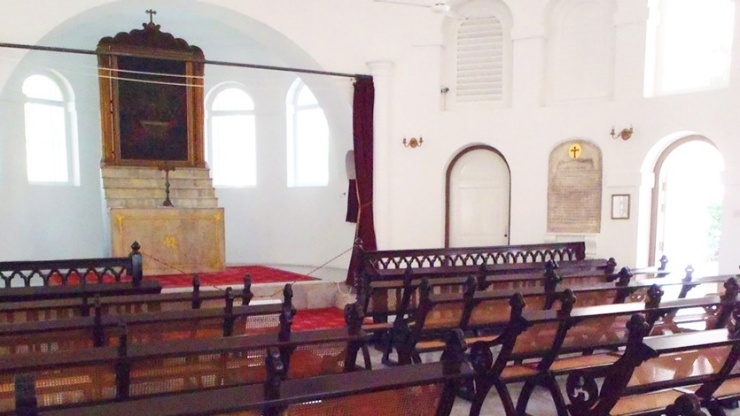 Designed by Irish architect George D. Coleman, it is the oldest church in Singapore. 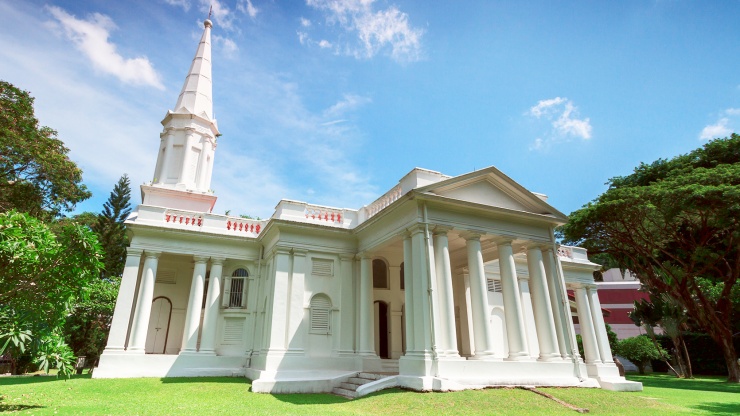 The Armenian Church’s memorial garden is good for a tranquil stroll away from the city buzz. In a quiet spot along Hill Street, off busy Orchard Road, lies the Armenian Church. Built in 1835, this is the oldest Christian church in Singapore and is dedicated to St Gregory the Illuminator, the first Armenian monk. Architecture buffs will appreciate that the church was designed by the prominent Irish architect George D. Coleman, and is considered his masterpiece.

Gazetted as a national monument in 1973 and restored in 1994, this small church is a tribute to the once-influential Armenian community in Singapore, such as the Sarkies brothers who built the Raffles Hotel.

Just before stepping in, spot the tall spire on its roof as well as the Roman Doric columns and pilasters that hold up the much-lauded porticoes. Inside, take a look at the vaulted ceiling and cupola, which are based on traditional Armenian Church architecture.

The church’s tranquil Memorial Garden is good for a stroll. Here, you’ll find the tombstones (but not the actual graves) of Agnes Joaquim—who hybridised Singapore’s national flower, the Papilionanthe Miss Joaquim orchid—and Catchick Moses, who co-founded the national newspaper The Straits Times.

Also on the grounds is the parsonage house, which dates back to 1905. Originally the living quarters of the residing priest, it now houses the church’s administrative offices.