Gardens by the Bay

The lush and beautiful Gardens by the Bay is dominated by the sleekly sculptured biodomes—marvels of architecture, design and engineering.

Majestic and beautiful supertrees at Gardens by the Bay, Singapore 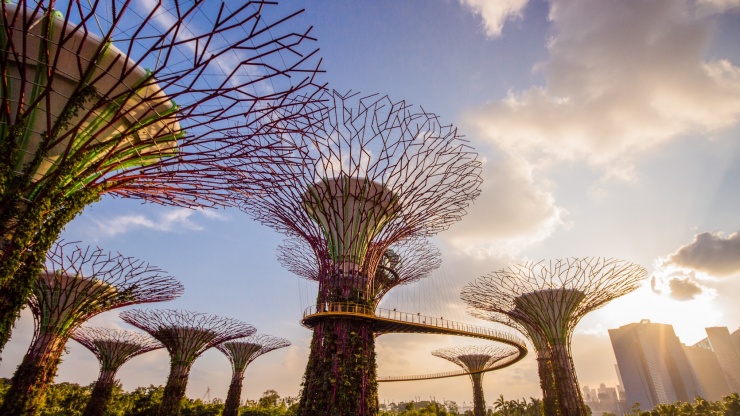 Majestic supertrees at Gardens by the Bay.

Majestic waterfall in Cloud Forest Dome at Gardens by the Bay 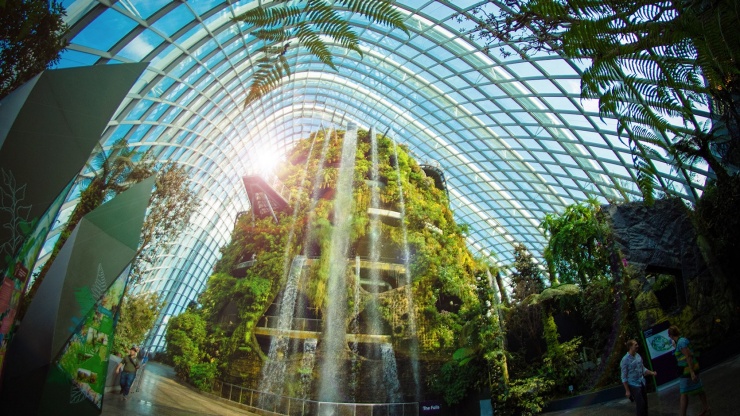 Evening view of Gardens by the Bay, against the Marina Bay Singapore skyline and Singapore river in the foreground 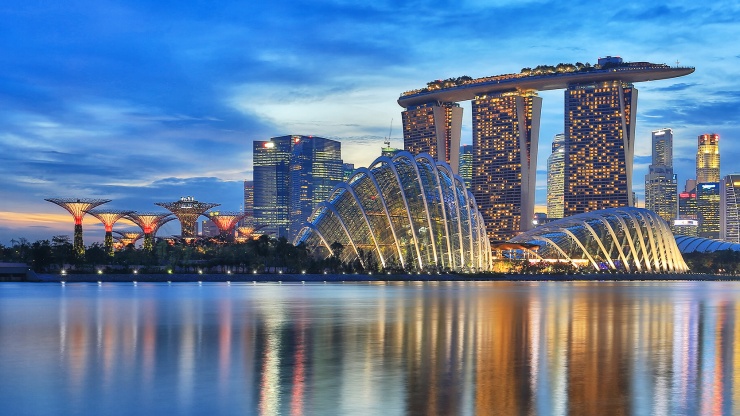 Gardens by the Bay’s sprawling 101-hectare lot makes a stunning addition to the Marina Bay skyline.

It’s hard to miss the sprawling 101-hectare lot right by the water in Marina Bay. Two huge futuristic structures rise out of the greenery at Gardens by the Bay, which was designed with environmental sustainability in mind.

These are the Flower Dome and the Cloud Forest cooled conservatories, which was listed in the 2015 Guinness World Records as the world’s largest glass greenhouse. The freestanding unsupported glass roofs enclose expansive spaces, unmarred by any pillar or column.

Besides ultra-modern design, the conservatories also use cutting-edge technologies for better energy efficiency.

The Flower Dome replicates the cool-dry climate of regions like California and South Africa, and boasts more than 32,000 plants comprising some 160 species, cultivars and varieties.

Not to be missed is the cool, misty Cloud Forest Dome, with its 35-metre tall “Cloud Mountain”, covered in orchids, ferns and bromeliads and containing a spectacular 30-metre-tall indoor waterfall.

If you’re in the mood for a spectacular view, take the OCBC Skyway, a 128-metre-long walkway suspended between two Supertrees, for a bird’s eye view of the park. The Supertree Observatory—located atop the tallest of the 18 Supertrees—boasts a spectacular vista of Marina Bay from 50 metres up in the air.

As dusk falls, the Garden Rhapsody comes on. This dazzling light and sound show takes place nightly amid the Supertrees. Then dine at romantic Pollen in the Flower Dome, restaurants at the Supertree Food Hall or Satay by the Bay for hearty local food.

Book Tickets to Gardens by the Bay