Bar hop and discover where to drink in Singapore with this list of watering holes along Ann Siang Hill and Club Street. 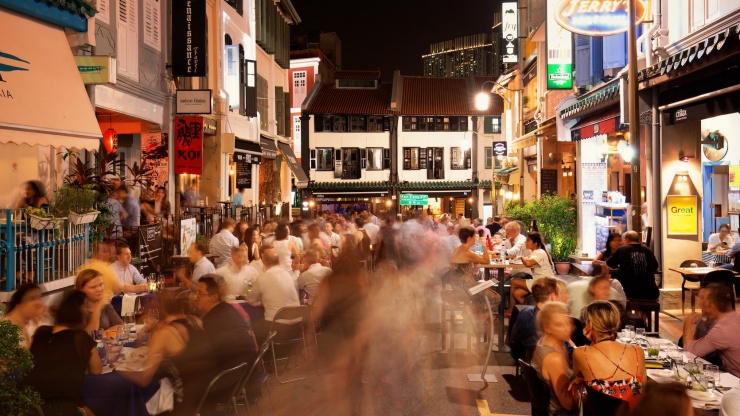 Soak in the bustle and buzz of this charming enclave after dark. 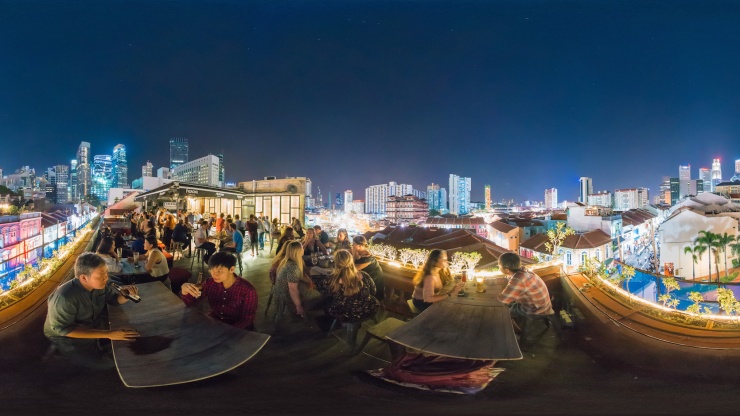 From watering holes to panoramic views to bars hidden beneath the streets, the Ann Siang Hill and Club Street district is filled with unforgettable spots for a tipple.

The Ann Siang Hill and Club Street district houses a wealth of cool joints in close proximity to each other, making it the perfect neighbourhood for bar-hopping.

Ready your beer goggles and wine glasses, and get in the mood for drinks. All venues are near the Chinatown and Telok Ayer MRT stations 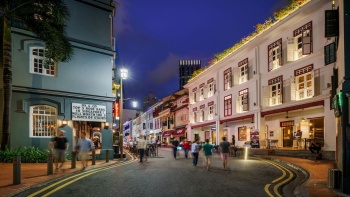 Pop into modern British restaurant 1 Oxwell and Co for dinner.

Vino lovers won’t be disappointed with the selection of reds and whites at 2 Beaujolais. Order some French dishes (like quiche) to go with your glass of wine.

Movie buffs, head to 3 The Screening Room for a unique combination of movies and booze. Catch classic flicks on the big screen on the third level before moving up to the fourth floor for drinks (and stunning views of the city) at the La Terraza Rooftop Bar.

If you love crowds and buzz, hit up 4 Gem Bar. You can’t miss the watering hole at the intersection of Ann Siang Hill and Club Street where hordes of people usually spill out onto the streets right outside the bar. Tuck into these delights before indulging in a range of sake (Japanese rice wine)—sourced from various prefectures across Japan—and beer from brands like Suntory and Hitachino.

For those who don’t want to blow their budget, there’s 6 Drinks and Co, which operates two outlets on Club Street (one of them has a more extensive menu as well as more seating areas).

Its wine, spirits and beers for the taking here, and they’re all more than reasonably priced (you can get a good bottle of wine for as low as S$35). Drop by the bottle shop if you want to pick up alcohol along the way.

If you fancy a satisfying French dinner, drop by 7 Les Buchons. Big eaters can opt for this acclaimed establishment’s 250gm ribeye steak, which is seared to perfection, while sharing plates here include a gigantic côte de bœuf platter. Les Bouchons’ seafood dishes, such as jumbo prawns and salmon fillet, are very popular too.

Cocktails with a local twist

Day and night: A guide to Keong Saik

Ann Siang Hill was named after one of Singapore’s original ‘Crazy Rich Asians’, Mr Chia Ann Siang, who was one of the wealthiest landowners in Singapore.