Where it all began

Immerse yourself in the Lion City’s boundless energy and bustling nightlife along the Singapore River. Take a stroll along the Singapore River and see how the city came to be. 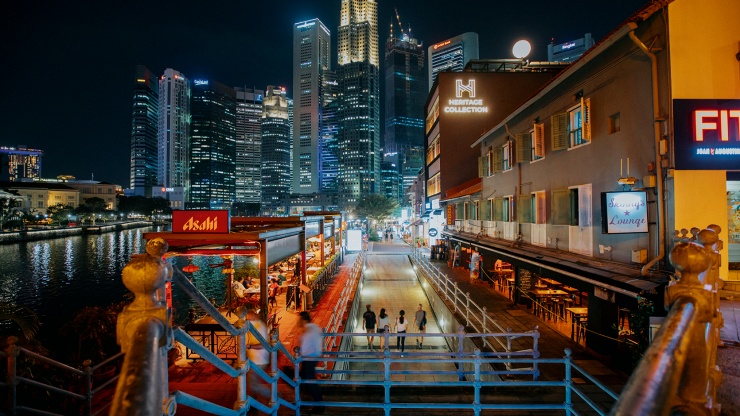 Indulge in a trendy myriad of drinking and dining experiences along the Singapore River. 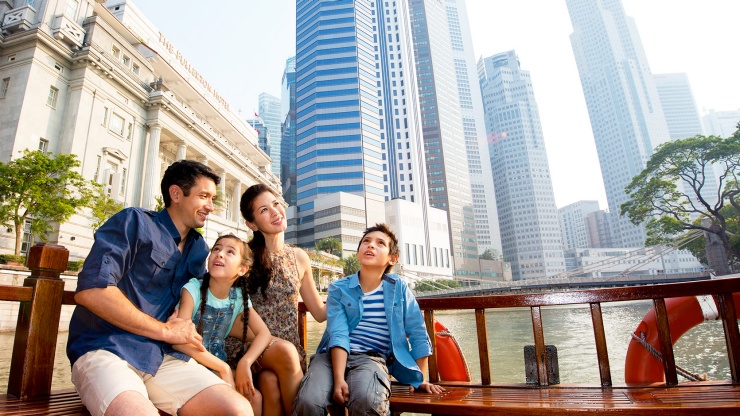 Hop on a Singapore River cruise and relive moments of the past. 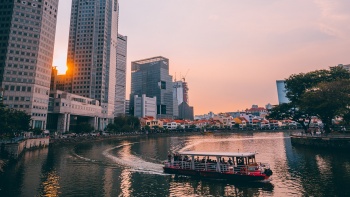 From its origins as a fishing village known as Temasek, to its role as a trading port under the British Empire, the Lion City’s history has been inseparable from that of the Singapore River.

It was at the river’s mouth that Sir Stamford Raffles—the founder of modern Singapore—first stepped onto the island, and where prince Sang Nila Utama saw the mythical lion after which our city is named. 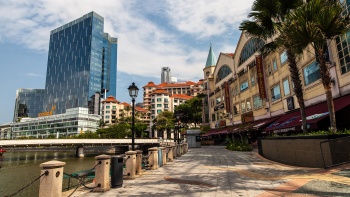 During the colonial era, the Singapore River became a flourishing hub of commerce, with dock hands toiling along its dusty banks, and flotillas of boats docked along its three quays.

These days, the Singapore River is a bustling hotbed of excitement, home to tours, wellness activities and eclectic eateries spread across Robertson Quay, Boat Quay and Clarke Quay.

Wellness and a wealth of activities 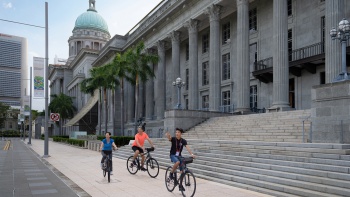 Formerly a beloved stomping ground for bar-hopping travellers, the neighbourhood has evolved due to the COVID-19 pandemic, but still boasts a host of exciting activities.

Zouk—The granddaddy of night clubs in Singapore—now offers a range of activities like high-intensity spin classes and Zouk Cinema Club, a pop-up cinema that takes place on Friday and Saturday evenings.

For a bout of mind-body wellness, consider visiting Club Yoga at Hong Kong Street, which offers a whole range of yoga classes for beginners and veteran practitioners alike. Put your dexterity to the test with an aerial yoga class, or work up a sweat with a power flow session.

Alternatively, fitness enthusiasts with a love for history should sign up for Let’s Go Bike Singapore’s Historical Singapore Tour. This four-hour long tour will take you on a journey along the Singapore River and into other neighbouring districts like Chinatown, Kampong Gelam and the Civic District. Besides working up a sweat, participants will be regaled with scintillating insights about landmarks like the statues of Sir Stamford Raffles and the century-old Central Fire Station. 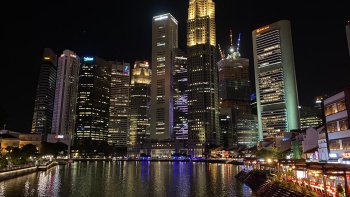 To expand your culinary horizons, take a stroll down the Singapore River, and experience flavours from all over the globe.

Take a jaunt back to 19th-century Singapore with a visit to Tongkang River Boat Dining. This experiential restaurant is housed aboard Singapore’s last surviving tongkangs (light wooden trade boats), and specialises in Western cuisine.

Other dining establishments along the river include My Little Spanish Place— which boasts a menu of tapas-style dishes and European classics—and Violet Oon Satay and Bar, which sells a variety of locally-inspired tipples and Peranakan* fare. The 19th-century warehouses (or godowns) at the mouth of the Singapore River stored spices and other produce that were highly sought after in Europe and China, from pepper and nutmeg to birds’ nests and sharks’ fins.

Check out the Singapore Repertory Theatre’s events calendar, and catch talented thespians in a range of stage performances.

Occupying the two-century-old building that was once Singapore’s first Parliament House, The Arts House proudly showcases some of the Lion City’s most talented artists, writers and performers.

Take an idyllic ride through history on a bumboat with the Singapore River Bumboat Cruise, and discover our city’s colourful past.

Feel the adrenaline course through your veins with Slingshot, a thrilling ride that’ll have you careening nearly 70 metres through the air at speeds over 160 kilometres per hour.

Be sure to try the delectable chilli crab at Red House Seafood Restaurant, one of Singapore’s oldest seafood restaurants.

Fuel up on traditional Chinese comfort food with a piping hot bowl of pork rib soup from Song Fa Bak Kut Teh.

Drop by Clarke Quay Central for a bout of retail therapy, with stores like Giordano, Refash and Charles and Keith. The latter is a home-grown fashion brand that stocks a range of footwear, apparel and accessories.

Step back into the past with a stay at The Warehouse Hotel. This beautiful, 37-room boutique is housed in a former godown (warehouse) that has been lovingly refurbished.