The Kranji War Memorial in Singapore honours the men and women from the Commonwealth who died in the line of duty during World War II. 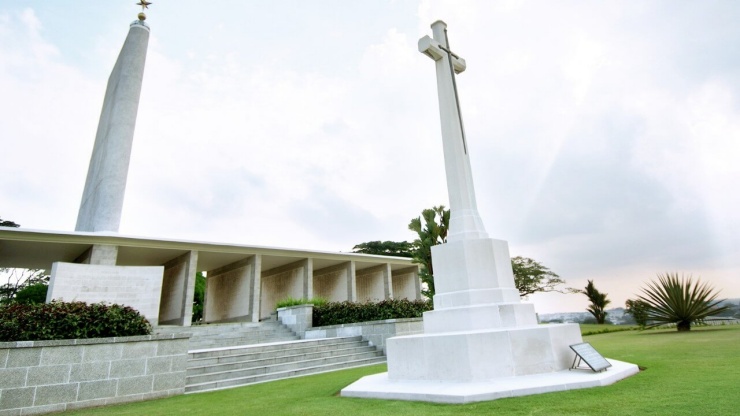 The serene Kranji War Memorial is a hillside cemetery set in a quiet neighbourhood. 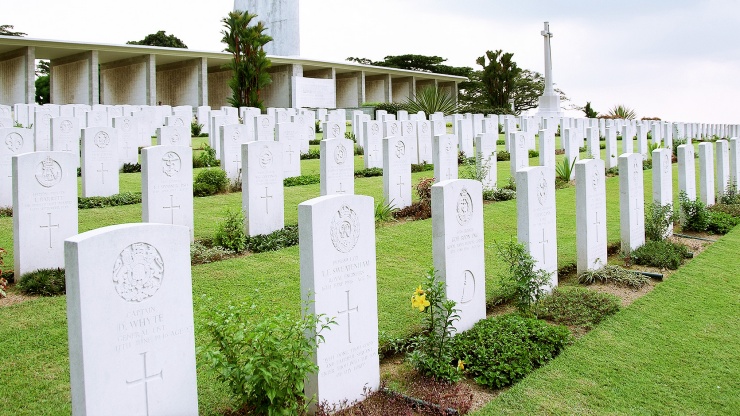 More than 4,400 white gravestones are lined up on the hillside’s gentle slope.

The Singapore Memorial within the Kranji War Memorial The Kranji War Memorial honours the men and women who perished in the line of duty during World War II.

Deep within a quiet neighbourhood, about 22 kilometres from the city centre, lies the Kranji War Memorial, a hillside cemetery that is quite beautiful in its serenity once you get there. 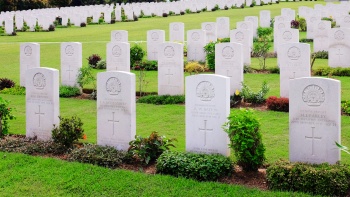 Photo by Public Domain via Foter.com

The memorial honours the men and women from Britain, Australia, Canada, Sri Lanka, India, Malaya, the Netherlands and New Zealand who died in the line of duty during World War II.

Here, you’ll see more than 4,400 white gravestones lined up in rows on the cemetery’s gentle slope. The Chinese Memorial in plot 44 marks a mass grave for 69 Chinese servicemen who were killed by the Japanese when Singapore fell in February 1942. 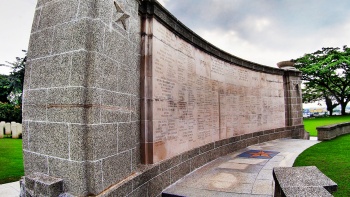 Photo by Erwin Soo via Foter.com

As you walk the short flight of steps to the hilltop terrace, you’ll see four memorials.

The largest is the Singapore Memorial, with its huge star-topped central pylon that rises to a height of 24 metres.

This memorial bears the names of more than 24,346 Allied soldiers and airmen killed in Southeast Asia who have no known grave. You can find the register, kept by the Commonwealth War Graves Commission, at the entrance.

Every year, on the Sunday closest to Remembrance Day on 11 November, a memorial service is held to pay tribute to those who gave their lives.

Next to the Kranji War Memorial is the Kranji Military Cemetery, a non-world war site of more than 1,400 burials, as well as the Singapore State Cemetery, where the country’s first and second presidents, Encik Yusof Ishak and Dr Benjamin Henry Sheares, are buried.