Lush jungle is broken up with a seriously creative twist in the fantastic form of the Henderson Waves bridge. 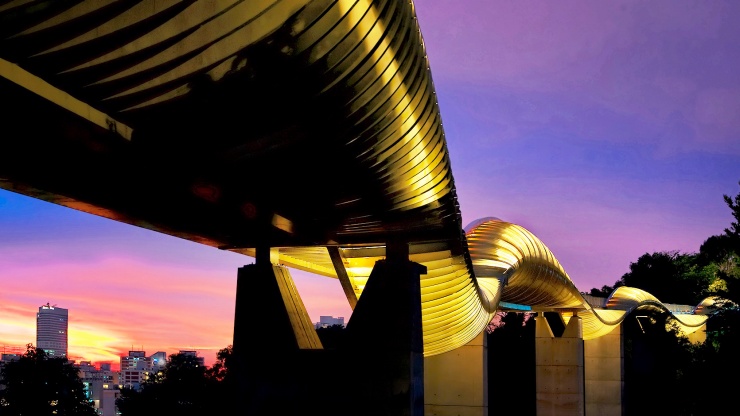 Explore some of the city’s best parks and trails, such as the Southern Ridges Walk.

A boy walking on the Henderson Waves Bridge 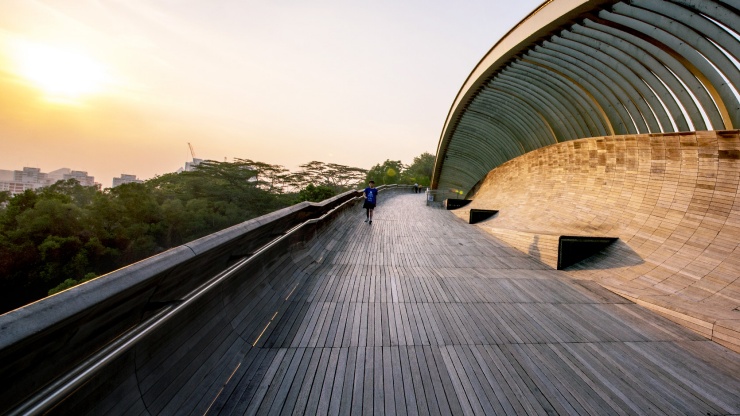 The Henderson Waves Bridge mimics the undulating shape of a wave, curving and twisting along its entire 274-metre length.

Daytime outdoor distant shot of family strolling along the Henderson Waves, with HDB flats in the background. 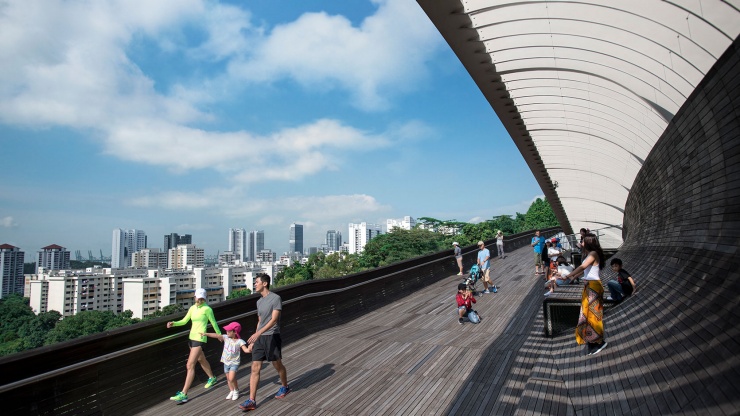 With hidden recesses and shell-like niches, pedestrians have plenty of pockets to relax at the Henderson Waves.

At 36 metres above ground, the Henderson Waves bridge is the highest pedestrian bridge in Singapore. Unveiled in 2008, its fantastical shape has lent an unexpected jolt of design savvy to the lush green belt in the south of Singapore. 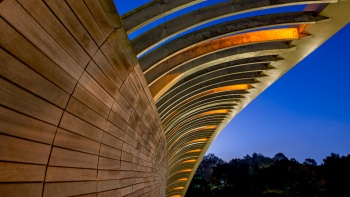 True to its name, the bridge mimics the undulating shape of a wave, curving and twisting along its entire 274-metre length. Its form is anchored by steel arches and filled in with curved ‘ribs’—slats of Balau wood, a dense hardwood used in heavy construction which is found only in Southeast Asia.

The bridge’s shape allows it to have hidden recesses and shell-like niches, where pedestrians can sit and observe their surroundings. Because there’s privacy and room to rest, the bridge is a popular spot on weekends with couples, joggers and families with children.

As dusk falls, visitors linger to admire the bridge, which is illuminated to stunning effect by light-emitting diode (LED) lighting from 7pm to 7am every night.

A walk to discover 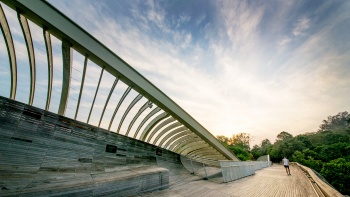 The best way to explore the bridge is through the Southern Ridges Walk, a five-kilometre hiking trail that takes you through three major parks: Kent Ridge Park, Telok Blangah Hill Park and Mount Faber Park. It is the latter two that Henderson Waves connects.

Aside from being able to observe a rich variety of tropical flora and fauna, a walk on the Ridges also affords you some stunning views of the island.