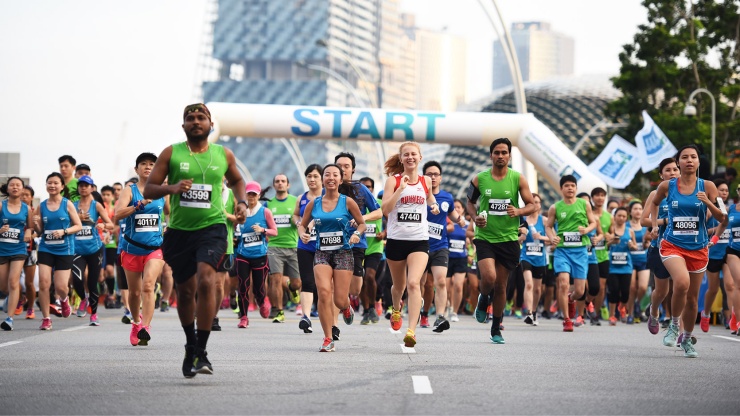 Conquer your limits and challenge your endurance at the Standard Chartered Singapore Marathon 2021. This edition featured both an in-person finale for runners in Singapore and a virtual finale for marathon runners participating from overseas. 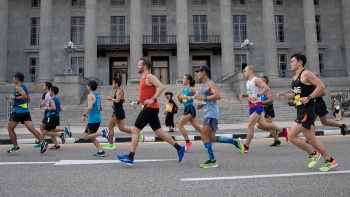 An innovative event format, virtual reality technology and creative new concepts came together in a thrilling blend at the Standard Chartered Marathon Singapore 2021 (SCSM 2021), which returned to our sunny island in November and December.

One of the largest running events in Southeast Asia, SCSM was first established in 1982. This thrilling marathon has drawn close to 50,000 participants every year, from devoted marathon runners to greenhorns and fitness enthusiasts.

The event’s hybrid format—which was introduced in 2020’s edition of the marathon—returned with a medley of virtual reality and in-person races that were bound to test your mettle and push your endurance to its limit.

Surpass your limits with virtual races

Whether you were in The Lion City or hoping to participate from abroad, SCSM 2021’s Virtual Reality marathons guaranteed that you would be able to take part in the action.

Registered participants were challenged to cover 42.195 kilometres across multiple sessions. Runners got to select from a variety of virtual running routes simulating Singapore’s beautiful urban cityscape, and celebrated their success with a limited-edition VR Marathon medal.

Besides the Virtual Reality marathons in November, fitness fans could also sign up for the VR Grand Finale, which took place from 1 to 12 December.

Suitable for runners of all ages and marathon runners looking to participate from overseas, the VR Grand Finale comprised routes of varying challenge, from 5-kilometre to 10-kilometre races to a half marathon. Families could also opt to sign their little ones up for the 1.5-kilometre and 3-kilometre VR races.

Test your mettle at the Grand Finals

On 4 and 5 December along the scenic Marina Bay, this thrilling event comprised three separate categories of races, with a 5-kilometre route, a 10-kilometre route and the Toyota Ekiden.

The latter was a relay race which saw teams of four participants pitting their endurance against each other, with each runner completing a 5-kilometre circuit before passing the baton on to their teammates.

Download the Visit Singapore App (available on App Store and Google Play) to get the low-down on thrilling events, popular haunts and hidden gems in the Lion City.