Life in the fast lane: Five activities for speedsters

Hold on tight, because you’re in for a wild ride. The city plays host to a blitz of speed-loving adventures, and we’re not just talking about the Singapore Grand Prix. Soar through the air on a death-defying roller coaster, pilot a luge down a cliff, or be a racing supremo and rev a super car to full throttle—here’s where you can live life in the fast lane. 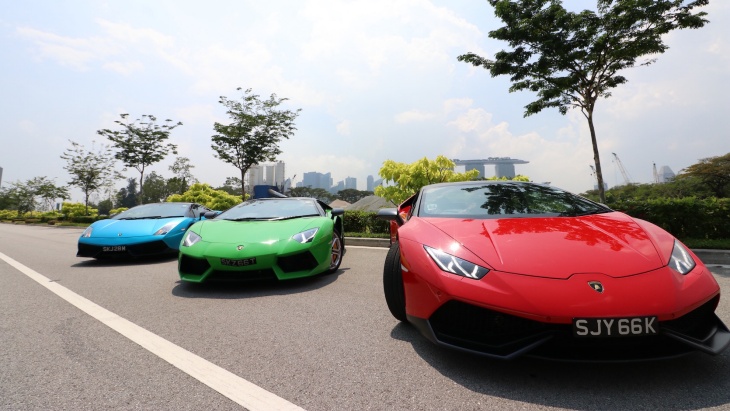 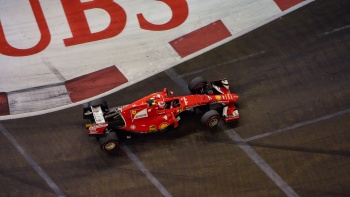 You’ll be at the edge of your seat as FORMULA 1 superstars swerve around hairpin turns with the city skyline glittering behind them. The Singapore Grand Prix is the first and only night race on the FORMULA 1 calendar—drivers prove their mettle while navigating 23 turns per lap at top speeds of 320km/h, with only the cold beams of floodlights to guide them. The circuit is almost like a crash course (pardon the pun) on the city’s landmarks. It twists around the Padang, the Esplanade – Theatres on the Bay, and the National Gallery Singapore, before finishing at the Singapore Flyer. Off the track, the heart-pumping action continues with a medley of musical performances that has seen the likes of Calvin Harris, Ariana Grande and The Chainsmokers taking the stage. 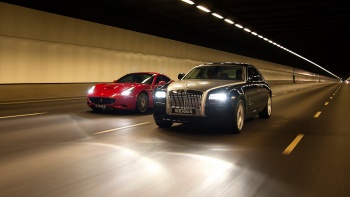 Now that you’ve seen the best FORMULA 1 racers, step into their shoes and rev up your very own super car—if only for a few minutes. Ultimate Drive rents out super cars such as the Lamborghini Gallardo Spyder, Ferrari California and Porsche 911 for a quick spin around the city of up to 15, 30 or 60 minutes (S$298-S$968). The best part? Both Ultimate Drive outlets are located close to the Singapore Grand Prix circuit, so you’ll be able to zoom past the same landmarks as the F1 superstars did. While you’ll have to keep to the average speed limit on the road (about 50km/h), there’s a stretch in the vicinity where your co-driver and facilitator may let you put pedal to the metal. Even if you can’t drive, Ultimate Drive offers chauffeured joyrides, too. 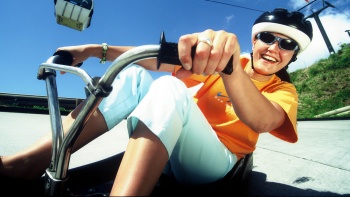 Glide down the hills of Sentosa on a toboggan the size of a go-kart at Skyline Luge (S$18). The ride begins at the top of Imbiah Lookout, and features two specially built tracks that twist and turn some 700 metres until they reach the bottom of the hill. The luges are simple to ride—gravity is the only engine they need—and safe enough for the kids to try out themselves. Younger children can hop on a tandem luge with a parent, too.

For a more breathtaking experience, visit Skyline Luge after the sun sets. That’s when the world’s first Night Luge takes over, transforming the tracks into a mystical forest that glows red, blue and green. Time your visit right and you might catch a glimpse of the Wings of Time light show as you take a chairlift to the top of Imbiah Lookout. 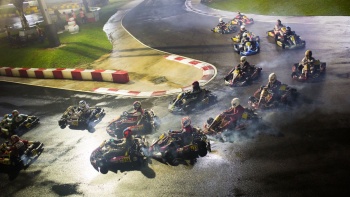 At this go-kart facility, you’ll smell the bitumen scorching and hear the buzz of engines before you see them: the drivers, all clad in full racing regalia, tearing up a circuit created by a FORMULA 1 track designer. You’ll need your own vehicle to join their ranks and clock speeds of up to 110km/h, but KF1 Karting also offers ‘fun kart’ rides (S$18-S$45). You’ll be tackling the track’s 18 corners at 30km/h or 50km/h, depending if you have a driver’s license—even children above the height of 1.4 metres can strap into a go-kart.

Still brimming with energy after the race? Check out the Singapore Turf Club Riding Centre nearby, where you can experience the thrill of riding a different kind of majestic beast: a galloping horse. 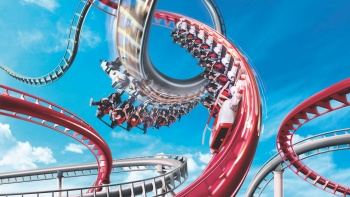 Named after the legendary sci-fi TV series, Battlestar Galactica is the most hair-raising ride at Universal Studios Singapore (USS). Two turbo-charged roller coasters scream by at 90km/h on twin tracks that twist upside-down and entwine into a helix at one point during the ride. At the apex of the ride, you’ll have a moment to catch your breath before you plunge down 42.7 metres—that’s a nerve-wracking 14 storeys high.

If you’re bringing the kids along, USS offers a slew of rides for them, too. Enchanted Airways is a roller coaster set in the magical kingdom of Shrek—the little ones will ‘ride’ a dragon that takes them through the sights of the fairy tale wonderland. There’s also Revenge of the Mummy, an indoor coaster that hurtles through scarab beetles and dangerous mummies, all in complete darkness—perfect for the thrill-seekers!

Unconventional ways to tour the city