Why GPSS is the best time to visit Singapore

No other circuit on the FORMULA 1 calendar can boast an experience like Singapore’s. It is the sport’s first night race, whose sharp twists and turns have witnessed sparks, collisions, crashes and everything in-between. With the race held in the heart of the city, drivers and fans will have a sparkling skyline as a backdrop to the adrenaline-fuelled action.

But there is so much more to the FORMULA 1 SINGAPORE AIRLINES SINGAPORE GRAND PRIX than the race itself. The Grand Prix Season Singapore (GPSS) sees the city transform into a hotbed of parties, shopping experiences, feasts, festivals and more—all within a quick walk or subway ride from the racetrack. Here’s why the GPSS is the best time to visit Singapore. 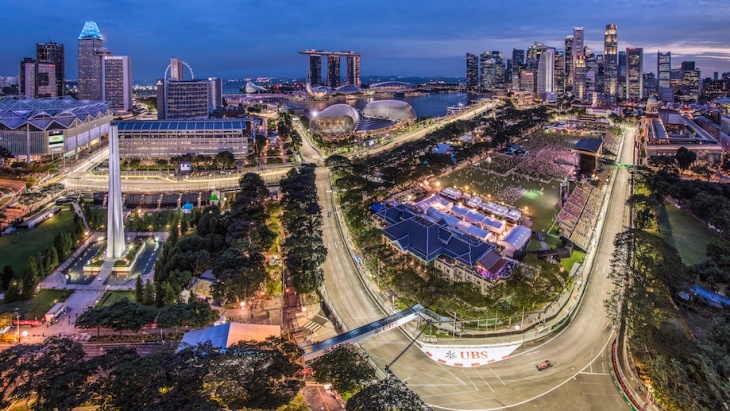 Parties get the city grooving deep into the night 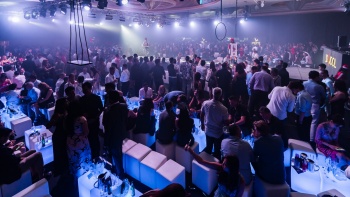 After the roar of engines quietens for the night, Singapore dances to another beat. Clubs in the city centre, such as Empire, 1-Altitude and Zouk, put on wild post-race parties with local and international DJs that get the dance floors bumping and grinding. If there are two after-parties you should check out, make them Amber Lounge and The Podium Lounge—they’re extravagant affairs that are attended by celebrities, FORMULA 1 drivers and other A-listers.

Close to the race circuit, you’ll find the Marina Bay enclaves of entertainment offerings. Hit up Zero Latency for some immersive virtual reality quest, Bang Bang to party the night away, and Sunshine Nation to treat yourself to a day of good vibes at its iconic rooftop. These places hold promotions for race ticket holders too.

You will never go hungry 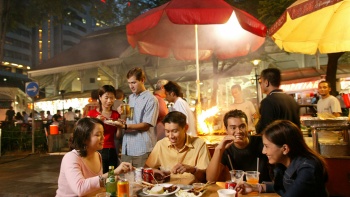 Have a case of the midnight munchies after hours of dancing? The late-night supper spots in Singapore will sort you out. Restaurants like Tim Ho Wan (Lavender Aperia) and 2am:dessertbar dish out bite-sized Chinese snacks and classy sweet treats, respectively. There are also many hawker centres, such as Newton Food Centre and Lau Pa Sat, that remain open until the wee hours—go for your fill of local fare such as satay (grilled skewered meat) and sambal (spicy chilli paste) stingray. You can even head to these hawker centres for a traditional breakfast of kaya (a traditional jam made from coconut and eggs) toast and a strong kopi-o (local black coffee). 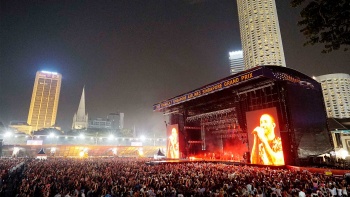 Queen, Maroon 5 and Kylie Minogue were just three of the dozens of internationally acclaimed music acts who took to the stage at previous GPSS editions. Held within the circuit park, on the Padang, these nightly show-stopping gigs are worth the FORMULA 1 ticket price alone.

Dozens of malls can be found within a few minutes’ walk from the circuit. Marina Square, The Shoppes at Marina Bay Sands®, Raffles City Shopping Centre and Suntec City are home to luxury brands, high street labels and independent boutiques. You can easily spend an entire afternoon at any one of these malls. Venture beyond and even more options await you. Take a quick Mass Rapid Transit (MRT) ride to Orchard Road, and check out stores such as Naiise, where you can fill your shopping bags with quirky homeware, stationery and locally designed souvenirs.

Shuttle from racetrack to art gallery in a heartbeat 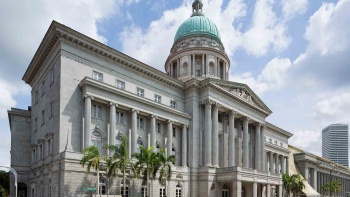 The grand colonial buildings you see drivers screaming past on the circuit are certainly worth a deeper visit—they are Singapore’s foremost museums and galleries. The National Gallery Singapore boasts the world’s largest public collection of Southeast Asian art, while the Asian Civilisations Museum along the Singapore River is home to hundreds of ancient artefacts from across Asia. Even the Singapore Art Museum, the Peranakan Museum and National Museum of Singapore are a short stroll away from the racetrack.

Singapore’s diversity is in full bloom 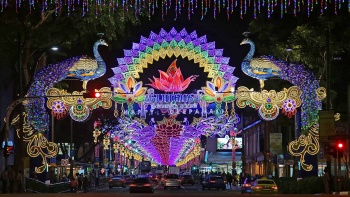 The Hindu festival of Deepavali and the Mid-Autumn Festival, a Chinese celebration, are just around the corner from GPSS. But the streets will come alive in revelry during the season itself. The former sets Little India awash in colour and lights, while the latter sees lanterns, folk performances and a bazaar descend upon Chinatown. Diversity on the island goes beyond culture, too. Looming over the vivid flora of Gardens by the Bay are the shiny skyscrapers of the Central Business District, with the racetrack itself at their feet.

Even Bernie Ecclestone, the man behind FORMULA 1 for 40 years, dubs Singapore the “crown jewel” of the sport. But it isn’t only because of the race. The entire city teems with music, parties, food and good cheer during GPSS—that’s why it’s the best time to come and experience the best that Singapore has to offer.