Our ethnic diversity is apparent out on the streets. From temples, mosques and churches that are found adjacent to one another, to the diverse groups of people that roam it, the city is a kaleidoscope of religions, languages and communities. And the perfect way to appreciate this? Go on one of the following tours to discover the many threads in our cultural tapestry. Taking a trip down the city’s memory lane wouldn’t be complete without a tour of cinnamon, coriander and crowns. Before Sir Stamford Raffles stepped foot on the island, Singapore was ruled by Malay sultans, and it was one of the crown jewels along the spice trade route.

Embark on this trail to learn more about our pre-colonial days. After meeting your guide at Bugis Mass Rapid Transit (MRT) station, stumble through snaking alleyways and restored shophouses that lead to the Sultan Mosque, which was built for Sultan Hussein Shah, a 19th century ruler. With grand minarets and a golden dome perched at the top, the mosque’s exterior is a treat for the eyes—and your camera.

Take in the charming and laid-back neighbourhood of Kampong Gelam before visiting a traditional Muslim supplies shop to browse Persian carpets, kebaya (traditional Malay dresses) and perfumes handmade the old-school way. Afterwards, drop by a former palace at Istana Kampong Gelam, then pay a visit to the Royal Graveyard, the final resting place of several members of royal houses.

Tours are two and a half hours long and are held every Thursday, from 9.30am to noon. Take note: to enter the Sultan Mosque and marvel at its halls and intricate columns, you’ll need to be dressed appropriately—in long trousers or skirts, and sleeved blouses or shirts. 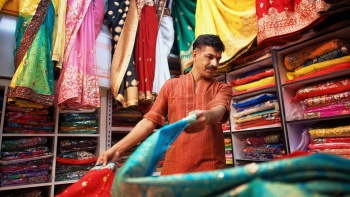 Little India orchestrates a sensory symphony with its sights, sounds and smells. This tour introduces you to aspects of traditional Indian culture and the Hindu religion, in the cultural precinct that has withstood the test of time. Follow the aroma of spices seeping out from the restaurants onto the streets, and keep your eyes peeled for flower garlands being weaved on roadside pushcarts.

Down at the Little India Arcade, you’ll find a cluster of shophouses selling authentic Indian products such as jewellery and garb—drop by to pick up some interesting souvenirs. The tour also stops at one of Singapore’s oldest temples, the Sri Veeramakaliamman Temple. It’s a standing reminder of our roots; the temple was erected in 1855 by Indians who had arrived in Singapore for work.

Tours are two and a half hours long, held every Tuesday from 9.30am to noon, and begin at the Little India MRT station exit along Buffalo Road. 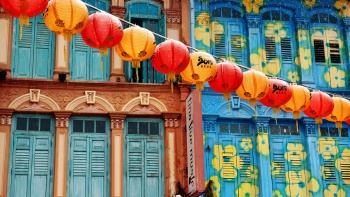 Home to exotic fruits, steaming hot buns and sticky cakes, the streets of Chinatown are distinct—and delicious—reminders of our Chinese heritage. And there’s no better way to explore the precinct's food, culture and traditions than on this tour.

At Chinatown Heritage Centre, travel back in time and retrace the steps of early Chinese immigrants before strolling down rows of traditional shophouses that have been converted into shops and restaurants.

Don’t miss the opportunity to check out the Chinatown market, too. Known colloquially as a “wet market”, the sprawling space bustles with activity while the scents of tropical fruits and spices hang in the air.

Tours are two and a half hours long, held every Monday from 9.30am to noon, and begin at Chinatown station, along Pagoda Street. 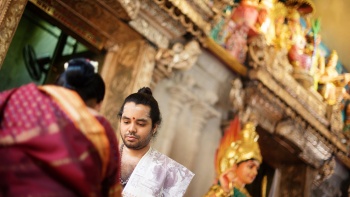 In this city, people of faith join hands and break barriers. Our multi-religious harmony can best be appreciated on Waterloo Street, where four places of worship harmoniously co-exist—Buddhists, Jews, Christians and Hindus share the same, 550-metre-long strip.

Find out more about the synagogue, temples and churches on this tour. Meet Buddhist devotees who shuttle between the Kwan Im Thong Hood Cho and Sri Krishnan temples to pay their respects to different deities. Learn about the local Jewish community at Maghain Aboth, the oldest synagogue in Southeast Asia, and the Chinese Catholics at the Church of Saints Peter and Paul. And if you still have some time after the tour, make a quick detour to Bencoolen Street, where Masjid Bencoolen serves the local Muslims.

Tours are three hours long and held from Monday to Thursday and on Saturday, from 4 to 7pm. They begin at the Bras Basah MRT station exit along Waterloo Street.

Discover the charms of Little India