For those who crave novelty, travel is all about new perspectives and new ways to experience the world. Beyond Singapore’s picture-perfect skyline, our bustling metropolis is an ever-evolving wonderland of bold new experiences and unforgettable adventures.

Rekindle your love for the bold, the new and exciting, with these fascinating facts about the Lion City. 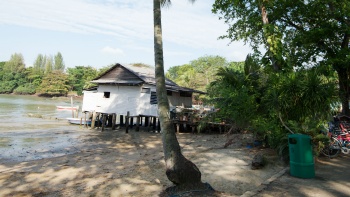 You might not know it but Singapore’s land area includes as many as 64 offshore islands that surround the main island. These include Sentosa—a popular island resort with myriad attractions—and havens for nature lovers like Pulau Ubin, St John’s Island and Sisters’ Islands. What that means for visitors: more fun in the sun! 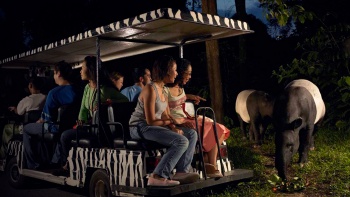 Singapore’s Night Safari provides a nocturnal experience like no other in the city; it’s also the world’s very first night zoo. Opened in 1994, the 35-hectare park features over 1,000 animals from 120 different species, living in their naturalistic night-time environments.

Hop onto the 40-minute Guided Tram Ride for an overview of the park’s main attractions, or amble along the four interlinked walking trails within the park, for a zoo trip like no other. 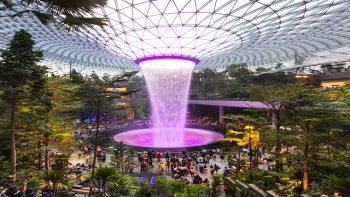 According to the Mandai Wildlife Reserve, the first man-made waterfall was built at Jurong Bird Park in 1971. Dropping from a height of 30 metres, it is said to be the tallest waterfall in an aviary to date.

Other man-made summits to explore include Cloud Forest, Gardens by the Bay. This huge, 35-metre waterfall is the centrepiece of the misty conservatory, designed to house plant life from the tropical highlands.

No trip to Singapore is complete without a visit to the world’s tallest indoor waterfall. Housed in the retail and lifestyle complex of Jewel Changi Airport, the HSBC Rain Vortex soars at 40 metres, and is surrounded by a lush indoor garden. 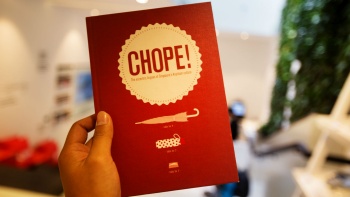 Don’t be too surprised to hear Singaporeans adding exclamations like ‘lah’ and ‘leh’ to their sentence. Singlish— our colourful local slang— is an integral part of everyday conversation amongst Singaporeans.

Singlish is a collection of colloquial catchphrases and lingo influenced by Singapore’s multiculturalism. Other examples include the Singlish term “chope”, which means to reserve a seat. Locals often chope seats at a hawker centre using packets of tissue paper!

Singaporeans also tend to refer to strangers such as cab drivers and hawker centre stall owners as “Aunties” and “Uncles”. This is an endearing way of addressing older gentlemen and ladies. Do use the terms wisely, though, as it can connote the addressee’s age; you wouldn’t want to accidentally offend a new acquaintance! 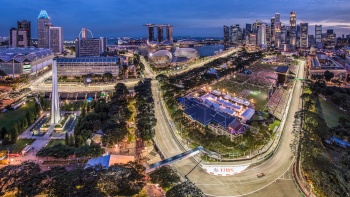 Held annually since 2008, Grand Prix Season Singapore features a gamut of concerts, racing and entertainment activities, for Formula One fans and visitors of all ages.

The star event—the FORMULA 1 SINGAPORE GRAND PRIX—also made racing history as the world’s first ever FORMULA 1 night race. The twisty Marina Bay street circuit has largely remained unchanged in the years since; the track’s brightly lit floodlights also add to the spectacular night views of Singapore. According to Formula 1, the Marina Bay Street Circuit also boasts more corners (23 in all) than any other circuits on the Formula One race calendar.

With the Singapore GP back on track in 2022, race fans can expect an unforgettable experience of nonstop thrills and adrenaline.

6. It’s one of the world’s greenest cities 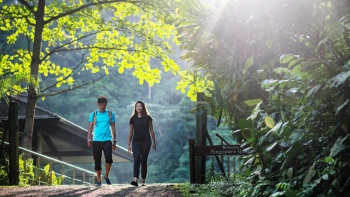 This city of skyscrapers is also one that is filled with lush greenery. Nearly half of Singapore’s land area (approximately 700 square kilometres) is under green cover. Beyond numerous parks and gardens, there are pockets of undiscovered plant life housed in the most unusual of places. For example, PARKROYAL COLLECTION Pickering is known for its hotel-in-a-garden concept and its four-storey cascading vertical garden.

There’s rich biodiversity in the many nature reserves that dot our City in a Garden—Singapore is home to over 2,100 native vascular plant species. The Bukit Timah Nature Reserve in particular, is said to contain more tree species in a single hectare than the total number of tree species found in North America. 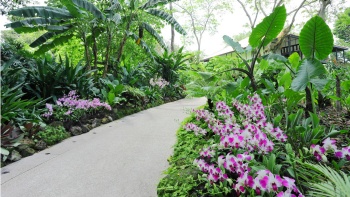 Lauded as a UNESCO World Heritage Site in 2015, the Singapore Botanic Gardens has a history of over 150 years since its founding in 1859; that’s more than a century older than modern Singapore itself!

Its most popular attraction is the National Orchid Garden, which houses thousands of orchid species known as Very Important Plants (VIPs). Over 200 hybrid orchids in this garden have been affectionately named after visiting foreign dignitaries such as Nelson Mandela, the Duke and Duchess of Cambridge as well as celebrities like actors Jackie Chan, Zhou Xun and Bae Yong Jun.

Another fun fact: Singapore’s first botanic garden opened in 1822, on the slopes of the area now known as Fort Canning Hill. Measuring just 19 hectares, the garden closed in 1829 due to rising costs. Its land was then used for various public projects, including an Armenian church, a school and a hospital.

8. There are myriad neighbourhoods to explore off the beaten path 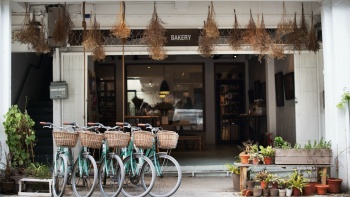 Besides the history-rich hotspots of Chinatown, Kampong Gelam and Little India, there are many other colourful enclaves for visitors to explore in Singapore.

You’ll find rows of hip eateries and stores along the Art Deco-style buildings of Tiong Bahru, as well as colourful shophouses and traditional food stalls in Joo Chiat/Katong.

9. There’s always something to celebrate in Singapore 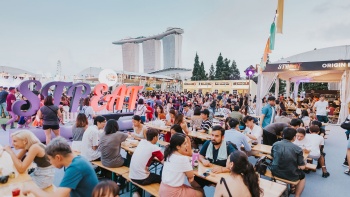 Fret not about finding fun new things to do. There are cultural festivals, major sports, lifestyle and arts events held all year round in the city to keep you entertained.

In July, foodies are in for a treat with the Singapore Food Festival, where they will get to savour uniquely Singaporean dishes as well as the best of Mod-Sin (Modern Singaporean) cuisine, which gives a modern twist to traditional flavours.

10. The Lion City may actually have been inspired by a tiger 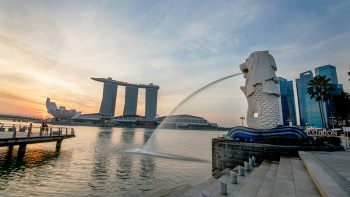 You may have heard about the Merlion, Singapore’s iconic emblem. The Merlion is a mythical creature with a lion’s head and a fish's tail.

What you might not know: the Merlion was partly inspired by the city’s ancient name of Singapura, which means ‘lion city’. The origins of this Sanskrit name is attributed to the Sumatran prince Sang Nila Utama, who ruled Temasek, a settlement on the Singapura island during the early 14th century.

While hunting for animals, the prince spotted a strange creature moving quickly, which was identified as a lion by his advisors. However, there were no records of lions native to Singapore. It might have been a tiger that he saw, for tigers used to be found in the wild in Singapore, up until the 1930s.

Think that’s all to know about Singapore? Think again. Check out these ten must-dos and more thrilling city itineraries to make the most of your upcoming trip to Singapore.

Reasons to visit Singapore in 2021

10 alternative things to do in Singapore