This simple dish is the ultimate comfort food for those with a sweet tooth, offering the right mix of crunch and sugar rush.

A generous dollop of butter is the perfect topping for kaya toast. 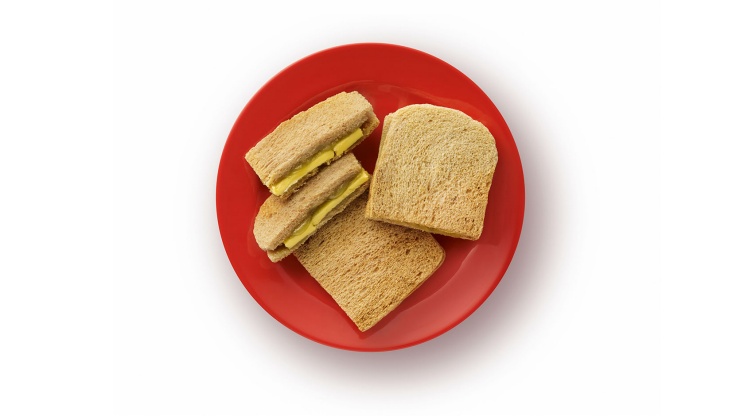 This breakfast favourite will give your sweet-tooth more than it bargained for.

This Singapore breakfast dish is best accompanied with a cup of local kopi. 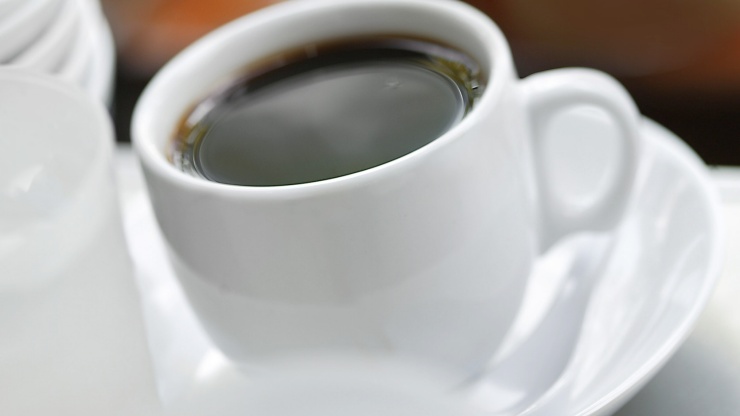 While you can eat kaya toast at any time of the day, most locals have it for breakfast, alongside softboiled eggs and a piping hot cup of kopi (coffee).

It is the perfect snack that goes very well with a cup of local kopi (coffee) or teh (tea)—charcoal-grilled or toasted slices of bread enveloping slivers of cold butter and a generous spread of kaya (a traditional jam made from coconut and eggs).

Some eat this toasted sandwich for breakfast, others prefer it for tea. More often than not, it is accompanied by two soft-boiled eggs with runny yolks and translucent whites with a dash of dark soya and white pepper.

The savoury eggs are a good complement to the sweet kaya toast which has an appetising crispy crunch, a melt-in-your mouth layer of olive-green kaya and a generous dollop of butter.

This snack is credited to the Hainanese, such as the founders of Ya Kun Kaya Toast and Kheng Hoe Heng Coffeeshop – the predecessor to Killiney Kopitiam.

Ya Kun, a coffee stall since 1944, is known for its wafer thin brown bread slices and flavourful kaya. Kheng Hoe Heng, set up in 1919, is the oldest Hainanese coffeeshop in Singapore, famous for its white bread kaya toast. It was bought over by a regular customer in 1993 who renamed it Killiney Kopitiam.

But it was only after 2000 that the kaya toast scene took off in Singapore, when Ya Kun and Killiney started expanding with new outlets in shopping malls. Since then, there has been a slew of new coffee joints selling kaya toast.

There’re tons of variations in how kaya toast is prepared. Try this beloved breakfast staple at different outlets, and see if you can identify which version of the dish you’re being served with.

To taste this local delight for yourself, check out this link.

Both green and brown versions of kaya exist—the former gets its colour from the pandan leaves used to make it, while the latter gets its hue from the caramelised brown sugar that’s one of its primary ingredients.

Toasts of the Town 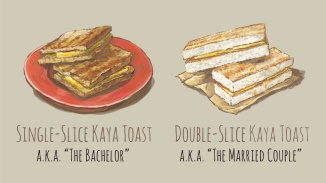 Like your toast slim and crisp? The Single-Slice Kaya Toast consists of a sliver of butter and a splash of kaya, between paper-thin toasts. A more indulgent variation is the Double-Slice Kaya Toast, with heartier fillings that are bound to hit the spot. 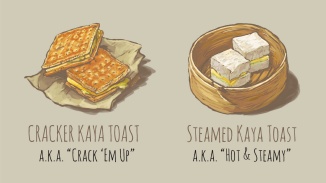 A play of textures

Start your day with Cracker Kaya Toast, where traditional cream crackers add a crunchy twist to the conventional sliced bread. For a wholesome breakfast, tuck into the comforts of soft, warm bread with the Steamed Kaya Toast. 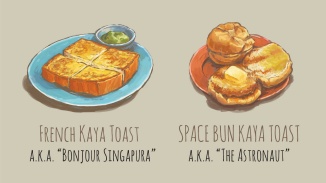 Toasted with a twist

To taste East meets West flavours, go for the French Kaya Toast; where bread slices are fried in an egg mixture and served with a dollop of kaya and butter. For an out of this world experience, give the light and fluffy Space Bun Kaya Toast a go!