Hop on a bumboat with the Singapore River Cruise, and acquaint yourself with Singapore’s history and modernity in one classic experience. 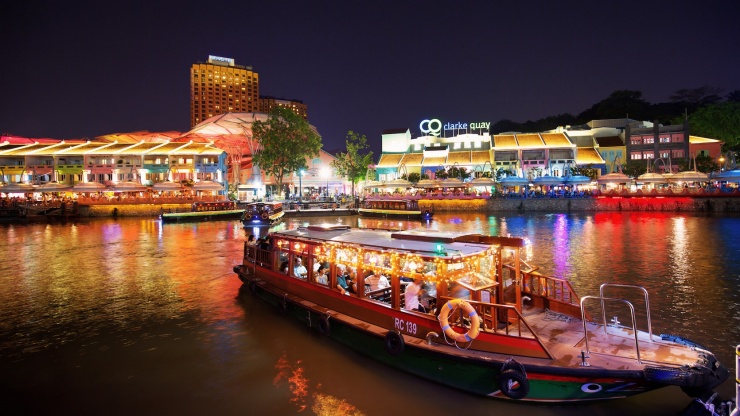 With jetties spanning from Boat Quay to Fullerton, the Singapore River Bumboat Cruise will show you a new side of Singapore’s gorgeous nightscape. 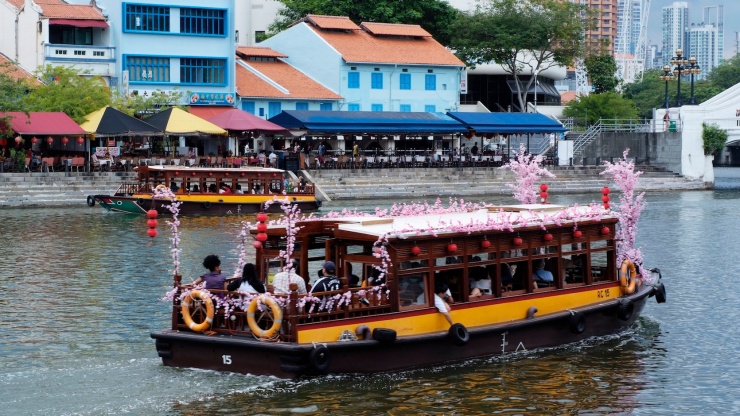 While these wooden barges were once laden with wares from all across the globe, they’ve been given new purpose on the Singapore River Bumboat Cruise. 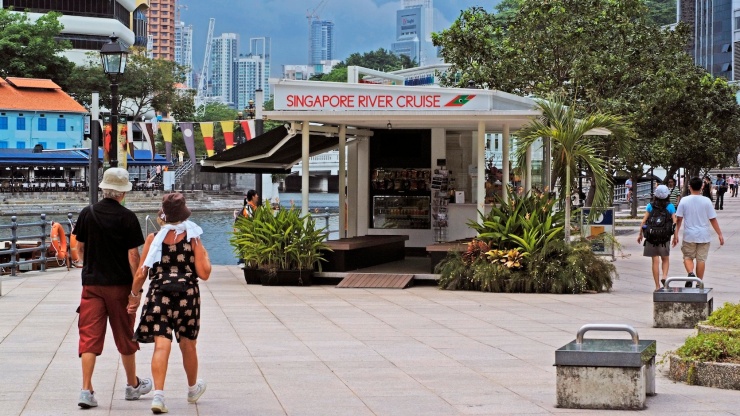 With multiple places to purchase tickets along the Singapore River, hopping on this boat ride is bound to be a breeze. 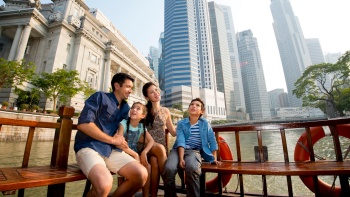 During our nation’s colonial era, the Singapore River was a thriving hub of commerce, where godowns filled with wares sat along the waterway’s quays, and flotillas of bumboats plied their trade.

Also known as tongkang (sea-going barge), these wooden boats were employed from the 19th to 20th century, transporting goods along the Rochor, Kallang and Singapore rivers.

Since 1987, Singapore River Cruise has preserved this facet of our city’s past, offering travellers a chance to experience modern Singapore from the back of a bumboat.

Known as ‘The Singapore River Experience’, this unforgettable ride encapsulates Singapore heritage and modernity in one activity, spanning the iconic districts of Clarke Quay, Boat Quay and Marina Bay.

Bask in the rich history of the Raffles Landing site, marvel at the soaring futuristic architecture of Marina Bay Sands®, and discover the story of the river that gave life to our city.

Know before you go

To purchase tickets, head to the Clarke Quay Jetty River Cruise ticketing counter, next to the Slingshot ride at River Valley Road. Alternatively, you can purchase your tickets from any of the ticketing counters along the Singapore River (check below for a comprehensive list).

The entire ride lasts for 40 minutes, and visitors can feel free to disembark at any of the 13 jetties to explore, although visitors should note that this will conclude their trip. 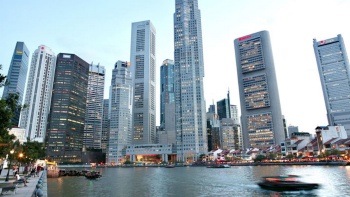 We suggest embarking on your bumboat tour in the late afternoon or after dusk, so that you can catch the sunset over the river, or the bright lights of our city’s urban nightscape.

While you can hop on the bumboat tour at several points along the river, we recommend first-timers start their trip at Clarke Quay, and use the Slingshot as a landmark. The district comes alive at dusk and its picturesque shophouses are certainly make for great photo opportunities.

Alternatively, you can embark on your journey at eight of the Singapore River Cruise’s jetties, namely:

Along the Boat Quay stretch, you’ll be able to admire a cityscape that’s a study in contrasts, and testament to Singapore’s unique culture—the soaring skyscrapers of the Central Business District (CBD), towering over traditional shophouses that have been given a new lease on life.

As you pass by the Raffles Landing Site, you’ll probably notice a white marble statue, which stands in honour of Sir Stamford Raffles, the founder of modern Singapore. Another icon from Singapore’s past is just around the corner—the majestic Fullerton Hotel, which was first built in 1928.

If you’re visiting at night, the golden lights of the Marina Bay district will greet you as you make your way past Merlion Park.

From the back of the bumboat, you’ll be treated to unforgettable views of Marina Bay Sands® and the ArtScience Museum™ on one side, and the durian-like structure Esplanade – Theatres on the Bay along the other.

At this point, you would have witnessed the many highlights of this tour. Feel free to take a round trip back to Clarke Quay, or explore any of these three districts at your leisure.