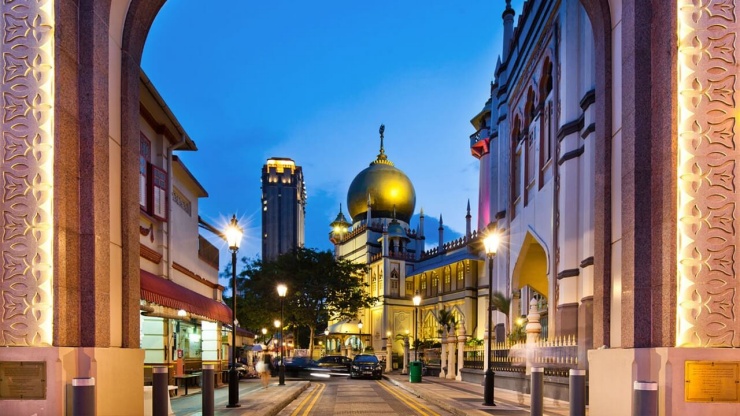 Head to Kampong Gelam in the evening and spot the golden dome of Sultan Mosque, as seen from the arches of the iconic Sultan Gate. 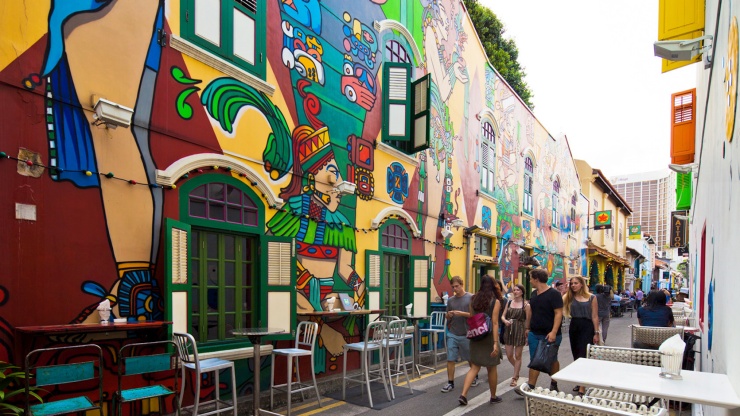 Home to live music bars, hip fashion outlets and boutiques, Haji Lane is a great place to explore while you’re in the neighbourhood. 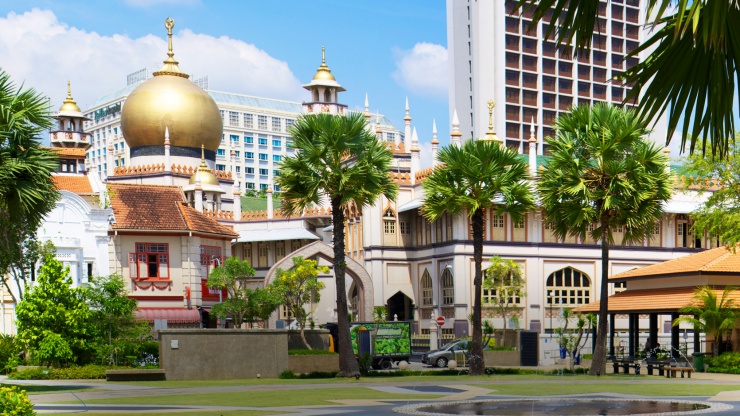 Formerly the royal mosque of the Sultan of Johor, Sultan Mosque’s architecture is a blend of European and Islamic elements. 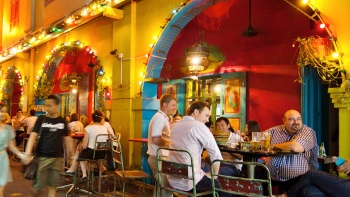 Kampong Gelam is an eclectic blend of history and culture with a trendy lifestyle scene. Start from the landmark Sultan Mosque, and explore the many side streets of this vibrant district. 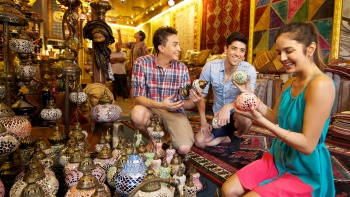 Kampong Gelam has its origins as a thriving port town and is Singapore's oldest urban quarter. In Malay, the word kampong means "compound", while glam is often attributed to the gelam (long-leaved paperbark tree), which was found and used locally for boat-making, medicine and even as a seasoning for food.

In 1822, Sir Stamford Raffles allocated the area to the Malay, Arab and Bugis communities. The area subsequently became one of the seats of Malay royalty in Singapore.

Today, the grounds of the Istana (palace) is home to the Malay Heritage Centre, where you’ll get many insights into Malay history and culture.

Kampong Gelam truly comes alive during Ramadan (Muslim fasting month) leading up to Hari Raya Aidilfitri. Join in the iftar (breaking of fast) in the evenings, or stroll through the bustling night markets.

Kampong Gelam’s old street names are revealing. A stretch of Bussorah Street near Sultan Mosque was once known as Kampong Kaji, where pilgrims from Southeast Asia set off on their haj journey.

The Malay Heritage Centre is a must-visit if you’re keen on learning about the rich history of Singapore’s Malay community.

The nasi padang (Indonesian dishes flavoured with spices and served with rice) at Hjh Maimunah is famous among locals, and the establishment was listed in the Michelin Bib Gourmand Guide in 2016.

A contemporary furniture label that tantalises all five senses, SCENE SHANG is filled with furniture and homeware inspired by Asian heritage and culture.

The Sultan is a well-preserved boutique hotel put together from ten shophouses. Each of its 64 rooms are uniquely designed, with a range of visual touches and thematic flourishes.

Drop by one of these centres in downtown Singapore to get more information about Singapore, purchase tickets to attractions and tours or pick up a souvenir. Find Out More