Of markets and eateries

Discover the bustling streets and eateries of Geylang Serai, a neighbourhood that’s sure to whet your appetite for exploration. 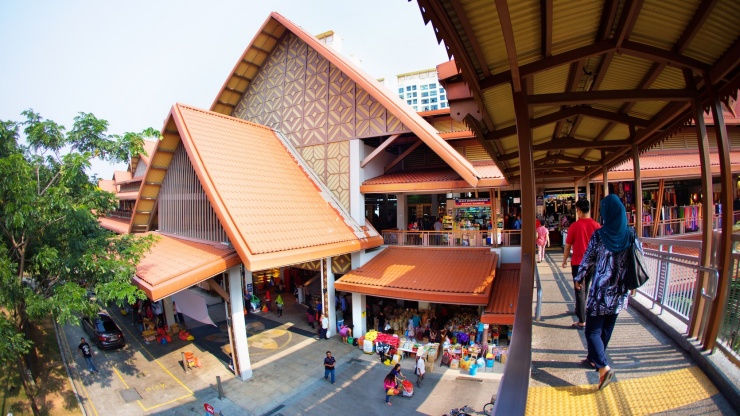 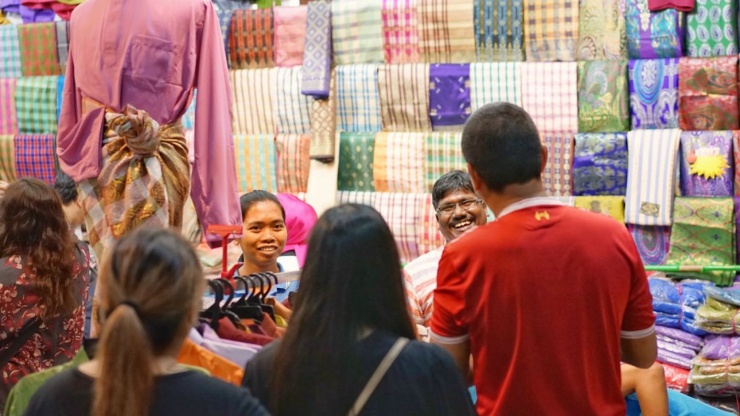 Besides being a stomping ground for local chefs searching for produce, Geylang Serai Bazaar is filled with stores selling fabrics, dry goods and assorted spices.

Once a trade emporium, and one of Singapore’s oldest Malay settlements, Geylang Serai got its name from the extensive cultivation of serai (lemongrass) in the district, during the latter half of the 19th century.

With a colourful past that lives on in its restored shophouses, religious establishments and traditional eateries, Geylang Serai is filled with stories to uncover. Take a walk with us, as we bring you through this enclave rich in local heritage. 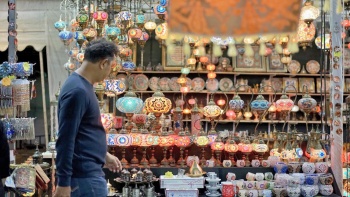 One of the biggest and busiest wet markets in Singapore, Geylang Serai Market is both a vital social hub and a great place to expand your culinary horizons with some traditional Malay cuisine. Asam pedas stingray (sour and spicy stew), beef rendang (braised meat cooked in coconut milk and spices) and goreng pisang (banana fritters) are just some of the Malay dishes on offer at the hawker centre, housed on the second floor of the wet market.

Alternatively, get a taste of traditional cuisine at Haig Road Food Centre. This hawker centre is the largest food hub in Geylang Serai, and boasts a range of flavourful offerings, including roti john (omelette sandwich) and putu piring (steam rice flour cakes filled with gula melaka (palm sugar)). The owner of Haig Road Putu Piring, Mohamad Hashim, has dedicated over two decades to perfecting this traditional sweet treat, which he learnt to make from his grandmother.

If your visit to the neighbourhood coincides with Ramadan, be sure to check out the Geylang Serai Bazaar. During this period, the bustling street is transformed with lights, festivities and a delicious array of traditional and modern street food. Expect to feast on pasar malam (night market) staples like vadai (savoury Indian donuts) and mee kuah (noodles in a spicy red broth).

The place, the people, and the past 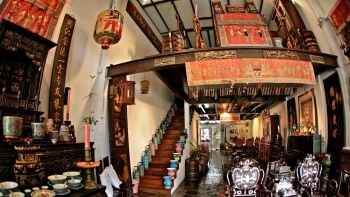 A neighbourhood is more than just a collective of people: It’s a collection of stories, traditions and histories. A more intimate take on history can be found at The Intan, a post-war terrace residence that’s been converted into a museum. Spurred on by a childhood desire to rediscover his heritage, owner Alvin Yapp has amassed a trove of Peranakan* artefacts and antiques, as well as a wealth of knowledge about the culture. Visits are by appointment only, so be sure to sign up before dropping by.

Culture lovers and explorers looking to immerse themselves in tradition and religious architecture should take a detour through the quaint shophouses and residential housing blocks of the neighbourhood, and pay a visit to Sri Sivan Temple. Dedicated to Shiva, a principal deity in the Hindu pantheon, the original temple was damaged during World War II, and moved to its current location in 1993.

Learn the intricacies of henna—a millennia-old form of temporary body art—at SyraSkins, a henna studio and academy within walking distance of the Geylang Serai neighbourhood.

Hat of Cain is Singapore’s first hat salon that specialises in authentic, handwoven hats from Ecuador and offers a selection for both men and women.

Hjh Maimunah is a Michelin Singapore Bib Gourmand listed restaurant with a reputation for stellar Indonesian and Malay fare. Be sure to try their beef rendang (braised meat cooked in coconut milk and spices)!

Peruse the range of spices, tasty snacks and Southeast Asian produce available at the various stalls within Geylang Serai Market.

Live like a local at Betel Box, a charming hostel that takes its name from the betel nut central to Asian hospitality.