Step into the S.E.A.

Journey into the realms beneath the waves at the S.E.A. Aquarium™ and discover more than 100,000 marine animals. 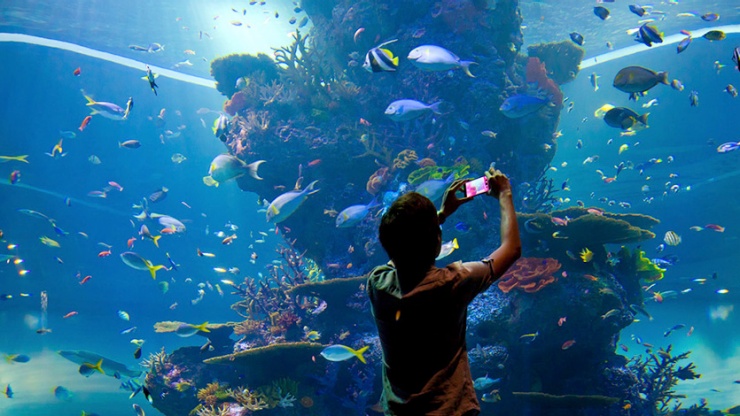 Capture beautiful shots of marine life at the S.E.A. Aquarium™

Family looking at marine life at the S.E.A. Aquarium™ 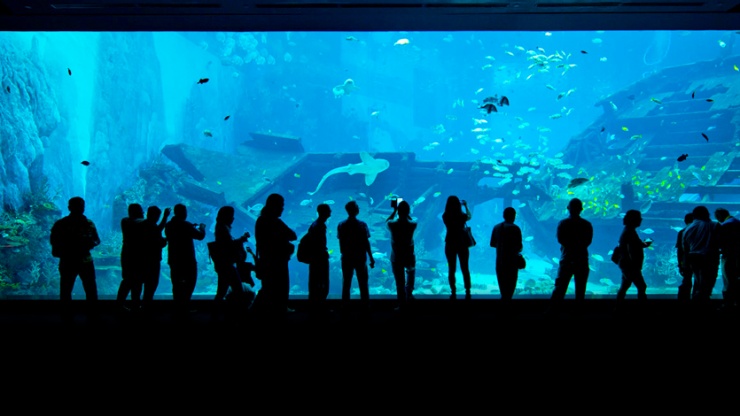 The Open Ocean habitat drawing in the crowds. 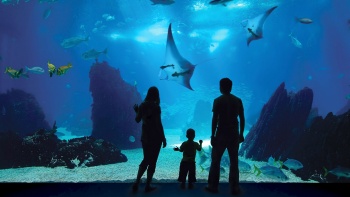 Peek into the ocean 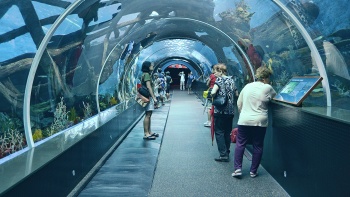 As you stare at the shoals of fish and fascinating sea creatures swimming in the tanks of the S.E.A. Aquarium™, you may wonder who is actually watching whom. Are they, in fact, ogling humans like two-legged mammal exhibits from the other side of the glass tank?

No matter the perspective, the aquarium within Resorts World™ Sentosa is a magical marine world with more than 100,000 underwater animals from approximately 1,000 species, including leopard sharks, goliath groupers and squadrons of manta rays. 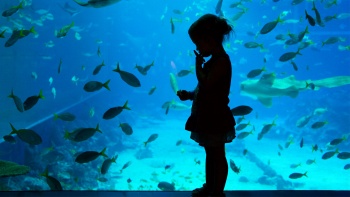 The multitude of marine life at S.E.A. Aquarium™ are grouped according to ten different zones with over 50 habitats. Deepen your knowledge of marine ecosystems by observing aquatic species from the Bay of Bengal, the Straits of Malacca & Andaman Sea and the Great Lakes of East Africa, the underwater community in coral reefs, and cool marine life in the cold-water habitats.

For a thrilling observation of majestic apex predators, stroll over to the Shark Seas Habitat, which contains over 200 of these predators including endangered species such as the scalloped hammerhead shark and the aggressive silvertip shark.

The centrepiece of S.E.A. Aquarium™ is the Open Ocean habitat, a humongous aquarium which makes you feel like you’re on the cavernous ocean floor. Many just sit and stare in rapt fascination, at the sweeping ocean scenery beyond the spotless glass panels. You probably will, too.

The massive glass panel at the Open Ocean habitat weighs more than 250,000 kilograms, equivalent to two rows of three double-decker buses stacked atop one another. It contains more than 18 million litres of water.

Sleep with the fishes

You can stay overnight for a fun, behind-the-scenes look at S.E.A. Aquarium™. The Ocean Dreams sleepover experience includes a guided tour and lets you doze off in front of the Open Ocean habitat.

Don’t miss the moray eel habitat at the South China Sea zone. Kids can crawl into a ‘cave’ and pop their heads into a dome for thrilling, up-close views of these snake-like creatures.

Feast on great seafood while sea creatures swim gently above you at Ocean Restaurant by Cat Cora. Eco-friendly individuals will be pleased to know that the dishes here are made from sustainable seafood and fresh regional produce.