Jurong Bird Park has almost every species to impress avian lovers, along with fun exhibits, interactive shows, and of course, its charming residents.

You’ll feel right at home with the cool and colourful residents of Jurong Bird Park. 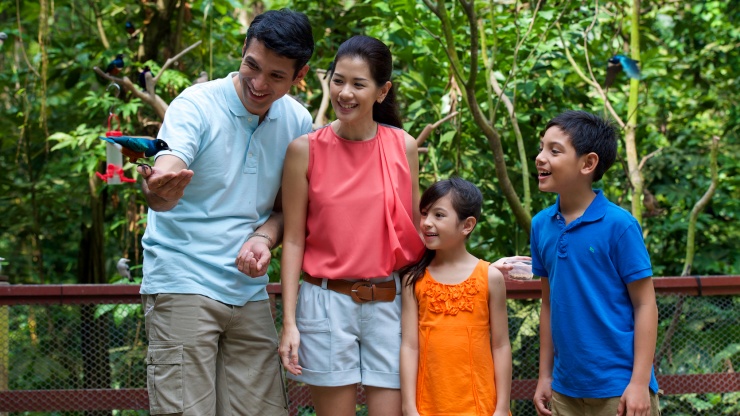 Packed with shows and activities, you’ll find a lot more than just birds at the Jurong Bird Park.

Enjoy close encounters with some of our prettiest and rarest feathered friends at the Jurong Bird Park. 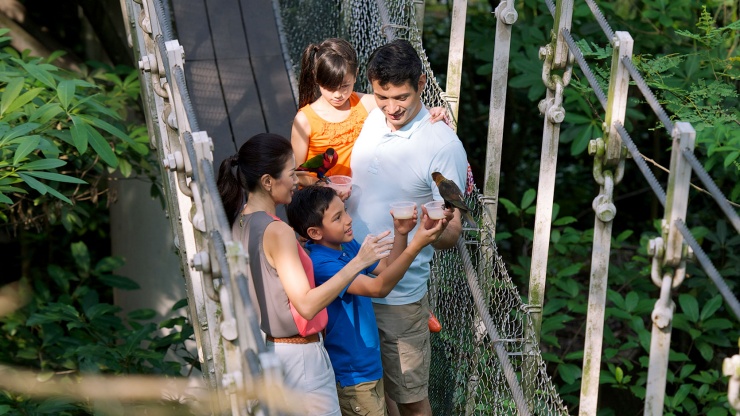 A bird in the hand—experience close encounters with the feathered inhabitants of the Jurong Bird Park.

For an up-close encounter with some of our prettiest and rarest feathered friends, step into Jurong Bird Park.

Spread across 20.2 hectares in a western corner of Singapore, this sprawling park is Asia’s largest, with a collection of over 5,000 birds from 400 species.

You’ll meet the many feathered residents during daily feeding sessions, even glimpsing elusive birds like the crested guinea fowl, iridescent starling and turaco.

Don’t miss the Waterfall Aviary, one of the world’s largest walk-in aviaries, home to more than 600 birds and a 30-metre-high waterfall.

There are other star attractions at this sprawling park, including the world’s largest walk-in lory flight aviary at over nine stories high, where you’ll get close to 15 colourful lory species, and the impressive Penguin Coast where you’ll find many species of these flightless birds.

There is also Flamingo Lake with hundreds of these strutting birds, and nearby Pelican Cove, with the world’s most complete collection of pelicans.

Be entertained by majestic creatures of flight. Witness the heat of the hunt as mighty eagles, falcons and hawks show off their moves during the Kings of the Skies Show, or be part of the flock at the High Flyers Show.

Families hoping to instill a love of nature in their little ones should encourage their children to make some feathered friends at Lunch With Parrots. Alternatively, drop by Birdz of Play, the bird-themed water playground, for a soaking good time under the giant tipping bucket, zipping across the Flying Fox and even arcade games.

The macaroni penguin gets its name from its distinctive golden crest; back in 18th century England, a ‘macaroni’ refered to a flamboyantly dressed person. You’ll be able to spy these stylish avians at Jurong Bird Park’s Penguin Coast.

Food for the birds

Feeding time is when the park’s birds are at their most active. Watch the frenzy with live commentary from park keepers. You can even feed the birds–from pelicans to penguins–at selected exhibits.

If your kid is an avid avian fan, he might enjoy camping overnight with the penguins and other birds. These organised sleepovers happen regularly, so check the park’s calendar for details.

Get behind the scenes

Peek at some of the park’s newly-hatched residents as they start their journey of life at the Breeding & Research Centre. Highlights include the incubation rooms, nursery and weaning room.