This marker at Esplanade Park was one of the eleven World War II markers erected in 1995 to commemorate the 50th anniversary of the end of World War II.

Take a quiet moment at this monument 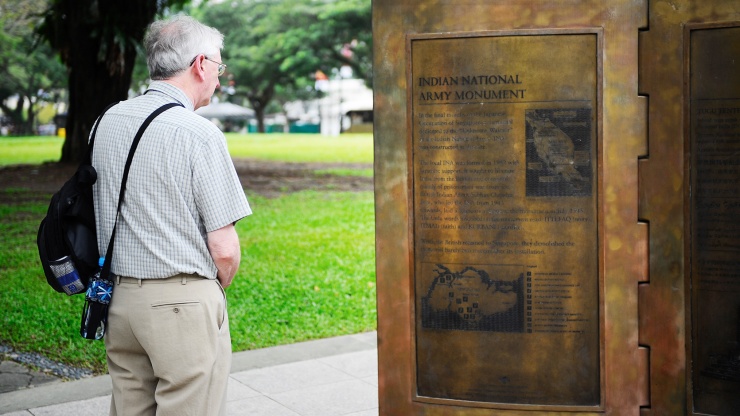 The original Indian National Army Monument in Singapore was built at the Esplanade.

Learn more about Singapore’s past at this marker 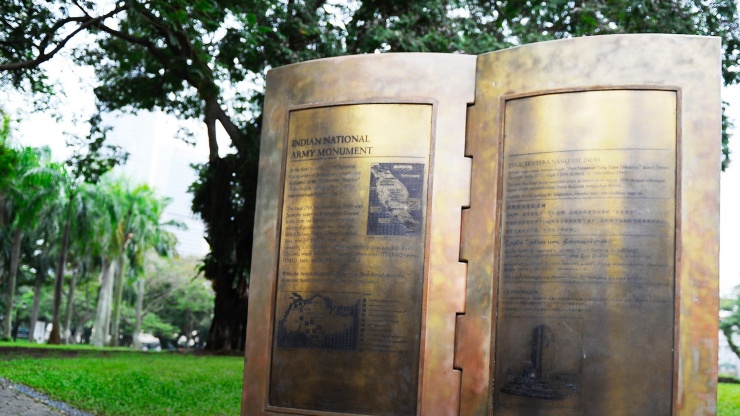 Remembering the role of the Indian National Army 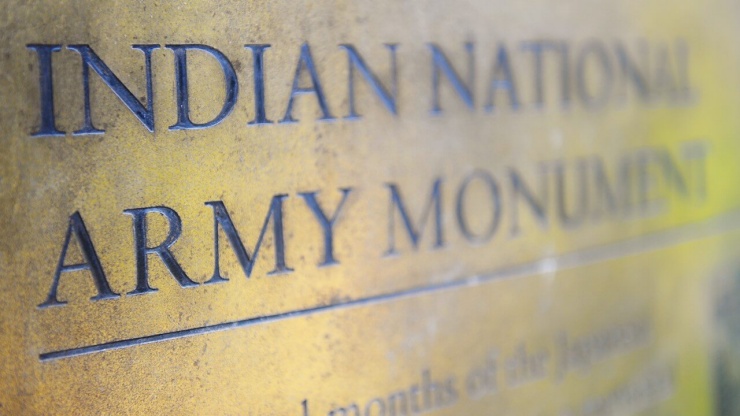 The Indian National Army Monument tells an intriguing story of Singapore’s past.

Located within Esplanade Park, the Indian National Army monument is one of the eleven World War II historic site markers erected in 1995 to commemorate the 50th anniversary of the end of World War II.

It stands on the site of the original memorial—dedicated to an unknown soldier from the Indian National Army (INA)—that was destroyed after the war. The INA was set up in Southeast Asia with Japanese help in 1942. After the British surrendered in February 1942, the Japanese encouraged and even forced soldiers from the defeated British Indian Army to join the INA to liberate India.

First led by Captain Mohan Singh, the INA was later headed by the Indian independence campaigner, Subhas Chandra Bose. It was dissolved when the Japanese surrendered in 1945. 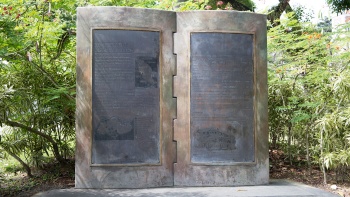 The original monument was built at the Esplanade just before the Japanese surrendered. On 8 July 1945, Bose laid its foundation stone at the Esplanade. The words inscribed were the motto of the INA: Unity (Etihaad), Faith (Etmad) and Sacrifice (Kurbani).

When British forces returned to Singapore that same year, the Head of Southeast Asia Command, Lord Mountbatten, ordered the original Memorial to be demolished.