Situated at the War Memorial Park along Beach Road, this memorial commemorates civilian victims of the Japanese Occupation in Singapore.

The structure against the skyline
Photo by Rowan Barrett (Rwoan) via Foter.com 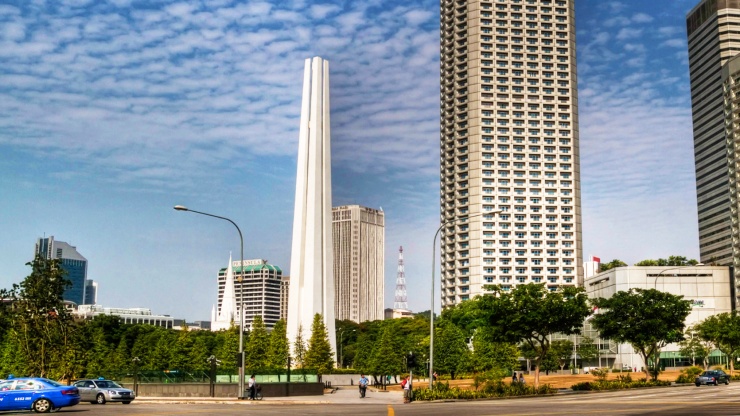 The Civilian War Memorial is symbolic of the shared suffering of Singapore’s main ethnic groups and the perished.

Taking in the calm at the Civilian War Memorial in the Civic District
Photo by David Spencer(spencer341b) via Foter.com Visit historic monuments like the Civilian War Memorial and reflect on events that shaped Singapore.

Honouring victims of the war
Photo by Lucian Teo via Foter.com 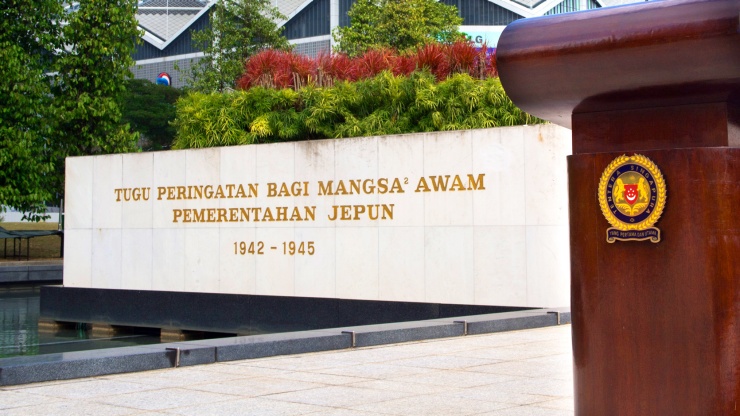 A yearly memorial service is held here to remember the victims of the war.

World War II was a global tragedy on a massive scale, and Singapore was not exempted from its consequences. It is said that more than 50,000 people were killed during the Japanese Occupation of Singapore, from 15 February 1942 to 12 September 1945.

The Civilian War Memorial, located east of the Padang on Beach Road, commemorates these civilian victims of World War II and the unity of Singapore’s four main races—Malay, Chinese, Indian and Eurasian.

It was unveiled by former Prime Minister Lee Kuan Yew on 15 February 1967— the day that Singapore fell to Japanese forces 25 years ago—and gazetted as a national monument in 2013. 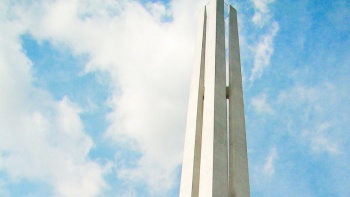 At this serene park, you’ll see four pillars of similar size and structure rising tall above 65 metres, symbolic of the shared suffering of Singapore’s main ethnic groups as well as those who died and were buried there. 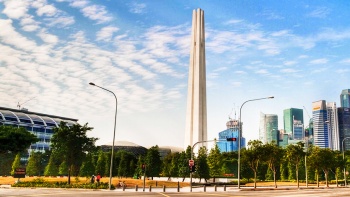 Younger Singaporeans today may be unaware of the Civilian War Memorial’s history, although they do refer to it fondly as “The Chopsticks”.

It was constructed after mass graves of civilian war victims were found in several locations around Singapore in 1962. More than 40 of these mass graves came from Siglap’s so-called Valley of Death.

The Civilian War Memorial is built over a burial chamber that contains these exhumed remains from the mass graves.

Every year on 15 February, a memorial service is held here, in remembrance of the victims of the war.