Get to know Singapore’s vibrant Peranakan community and history at this top-notch museum, filled with fine artefacts and fun exhibits.

Statues outside of the Peranakan Museum 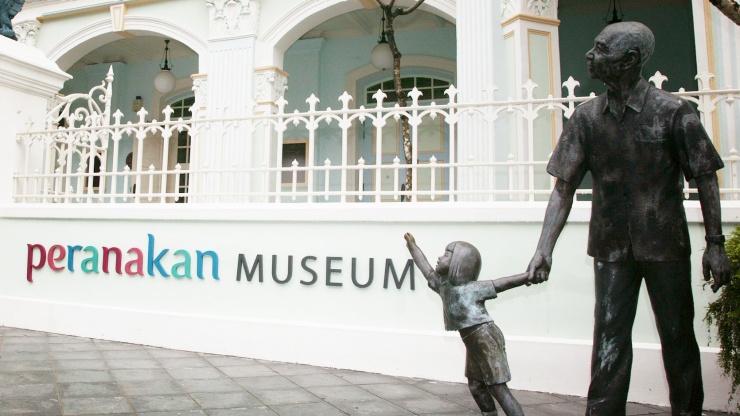 Many communities, one nation. Find out more about our people, such as the ubiquitous Peranakans.

The Neoclassical designed exterior of the Peranakan Museum 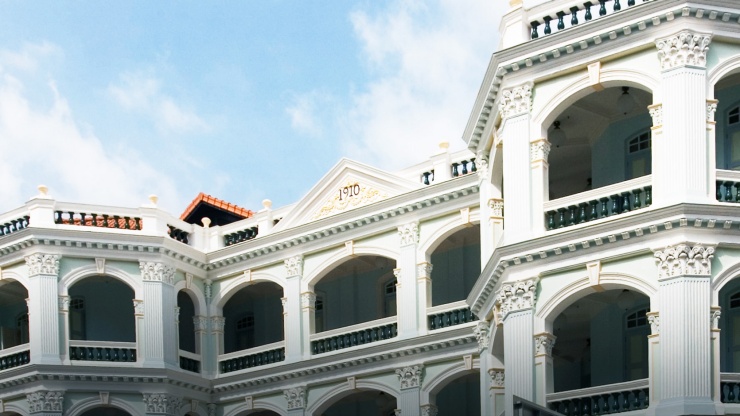 The museum is said to house the world’s finest collection of Peranakan artefacts.

The interior of the Peranakan Museum 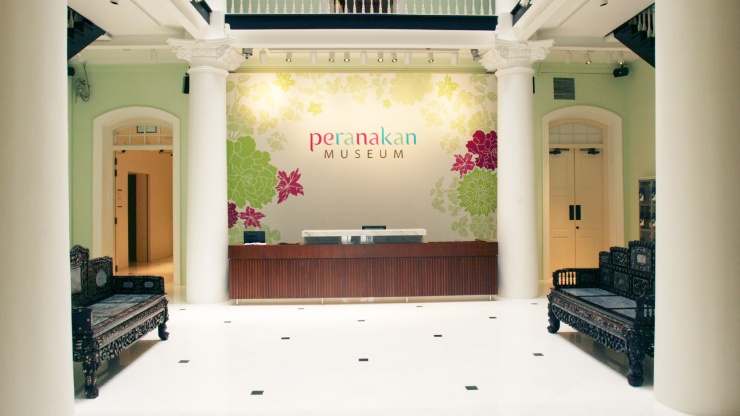 The building’s beautiful layout is based on the interiors of Straits Settlements bungalows. 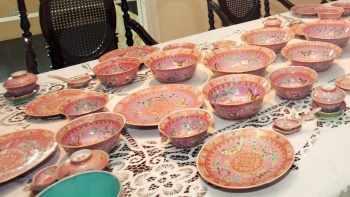 It’s safe to say that the Peranakan Museum is the go-to destination for Peranakan heritage and culture. It houses what is reputedly the world’s finest collection of Peranakan artefacts—such as jewellery, furniture and textiles—in ten permanent galleries over three floors. 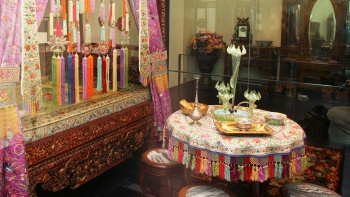 Various aspects of this hybrid Southeast Asian culture—made up of Chinese, Malay and Indian elements—are brought to life here, through interactive and multimedia exhibits.

Highlights include an elaborate 12-day Peranakan wedding, the stories of prominent Peranakans in Singapore's history and how today’s Peranakans have evolved with their culture.

Peranakan heritage is a tale of adaptation. The term ‘Peranakan’ means ‘locally born’ in Malay, and refers to the descendants of foreign traders who married local women in Southeast Asia centuries ago.

Singapore’s Peranakan community is mostly Peranakan Chinese, descendants of Chinese traders who settled in the busy ports of Penang and Singapore in the 19th century.

The Peranakan Museum is housed in a handsome old school. Now a National Monument, the former Tao Nan School was built in 1912, and was the first modern Hokkien school set up in the Straits Settlements.

A little-known fact: The building’s layout is based on Straits Settlements bungalows, where rooms sit around a central hall while toilets and kitchens are outside the main building.