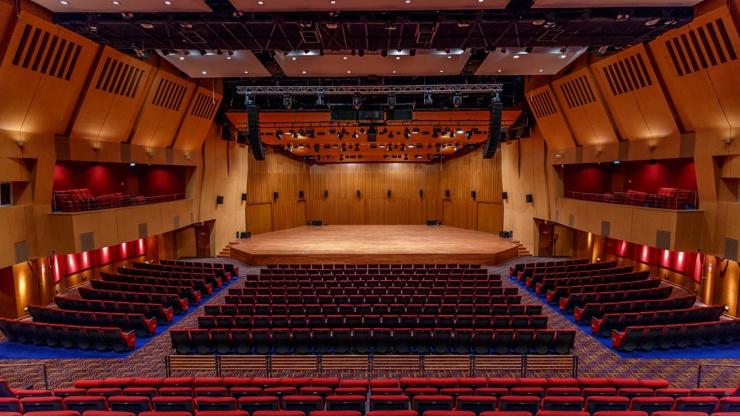 Located along the busy streets of Shenton Way, the Singapore Conference Hall is both a national monument and the modern-day home of the Singapore Chinese Orchestra (SCO).

Walking the halls of history

Step into the Singapore Conference Hall today, and you’ll hear the strains of erhu (two-stringed musical instrument) and the dulcet notes of the guqin (seven-stringed Chinese instrument). But from 1965 to 2001, the building was the headquarters of Singapore’s National Trades Union Congress.

Gazetted as a national monument in 2010, this historical landmark was the first modern building on Shenton Way, with bricks and foundations laid by Singapore’s samsui women (female pioneers from Sanshui district China, known for their iconic red headscarves).

The building is emblematic of Singapore’s urban architecture in the 1960s, with cantilevered roofs and terraces to provide reprieve from the tropical heat.

Over the decades, the Singapore Conference Hall has been the site of many significant events, including National Day Rally speeches, the launch of the Speak Mandarin Campaign, and the 1969 state banquet to celebrate 150th anniversary of the founding of modern Singapore.

A modern home to musicians 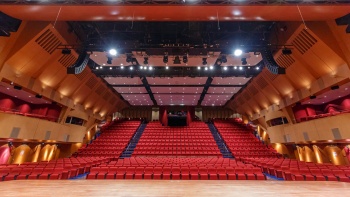 Singapore’s National Trades Union Congress moved out of the building in 2001, and it was reopened as the Singapore Conference Hall following a $14.7 million-dollar renovation.

The most recent renovation of the building concluded in 2017, and saw improvements to its concert hall acoustics, internal accessibility and external landscaping.

The building’s auditorium—where leaders of our nation’s industry and labour force once gathered—is now an 834-seat concert hall, and home to the talented maestros of the SCO.

Instead of discussions about wages and conditions of work, visitors to the hall will hear the plaintive notes of the huqin (bowed spiked fiddle), the haunting trill of the dizi (bamboo flute) and harmonies that hearken back hundreds of years.

Take a seat on any given night, and you can expect to be serenaded with tunes from Yunnan, recitals that evoke the beauty of mountainous landscapes, and vocal performances that pay homage to the folk music of the Song Dynasty.

Filial piety is a crucial part of Chinese culture, and this annual concert by the SCO is bound to be a heart-warming experience for visiting families.

Usher in the Chinese New Year at this annual event, with a range of traditional festive music, modern-day medleys and even popular Chinese pop tunes.

Inspire your little ones at this annual crowd favourite, which delves into the intricacies of Chinese music and traditional instruments.