The architecture of Marina Bay Sands®

A feat of engineering, an architectural statement and a sheer aesthetic triumph, Marina Bay Sands® has upped the ante for buildings in Singapore. 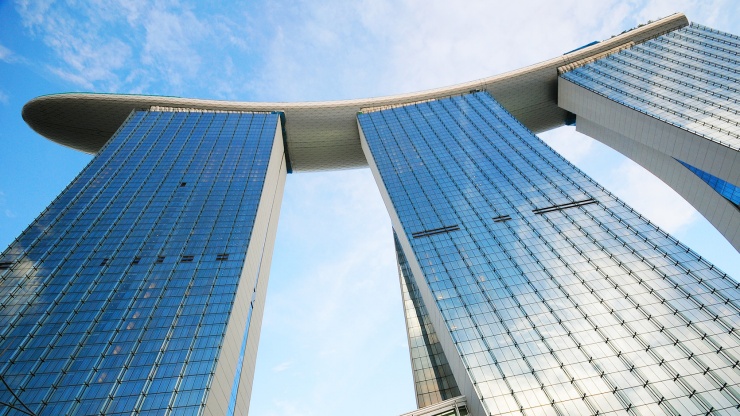 Amazing night view of the Bayfront Area, and Singapore’s skyline, including the stunning Marina Bay Sands® 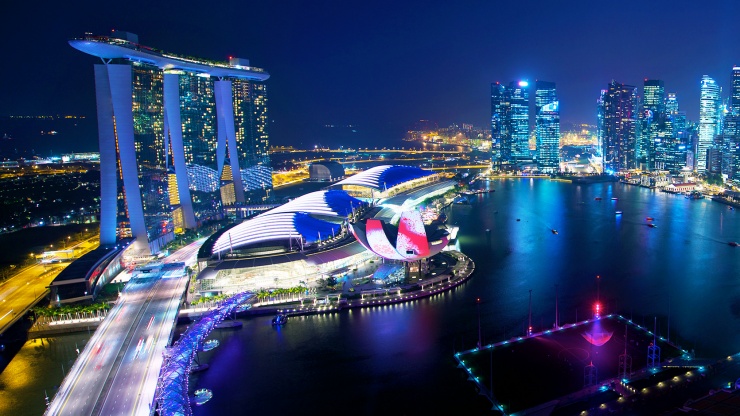 The stunning Marina Bay Sands® building has put its definitive stamp on the Singapore skyline.

Stunning interior of The Shoppes at Marina Bay Sands® 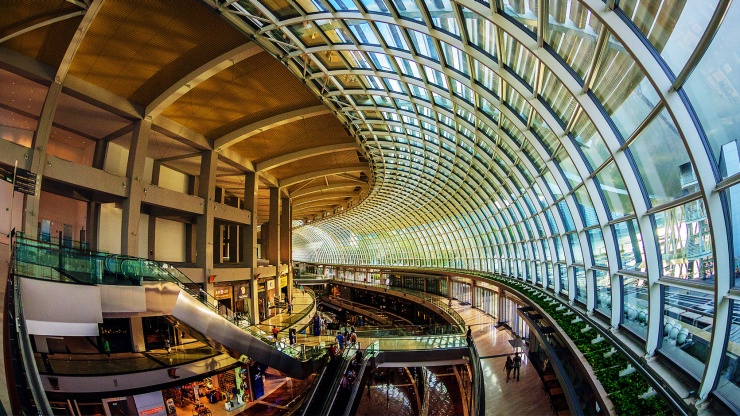 Visitors can expect an immersive experience within its sprawling complex. 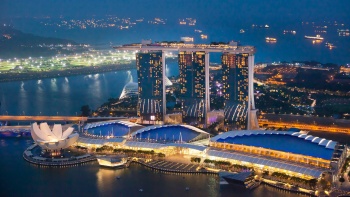 Ever since its stunning silhouette was unveiled in 2010, the mammoth complex of Marina Bay Sands® has dominated the entire Bayfront area, and imprinted its definitive stamp on the Singapore skyline. 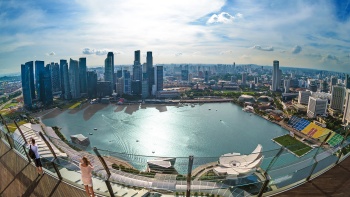 A marvel of engineering, it’s no surprise that Marina Bay Sands® was featured on an episode of National Geographic’s documentary television series Megastructures.

Designed by acclaimed architect Moshe Safdie, the structure captivates the imagination, with its three sloping towers soaring 194 metres from the ground, and linked at the top by the expansive SkyPark®. 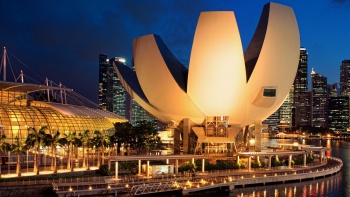 Other highlights include the ArtScience Museum™, shaped like an unfolding lotus bloom and anchored by a dramatic waterfall. The building’s ‘petals’ rise at different heights, sheathed in a polymer often used for yachts, to achieve a sense of gleaming lightness.

A Display of Light 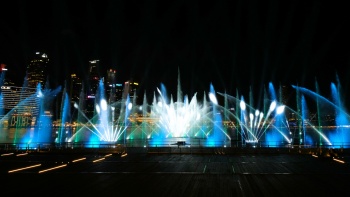 Before your day comes to an end, be sure to catch Spectra—A Light And Water Show, a free-to-public visual extravaganza by Marina Bay Sands®.

Spectra—A Light And Water Show chronicles the Singapore story through a mesmerizing 15-minute display of music, water and light. This spectacle is the first of its kind, featuring a 12-metre-high laminated glass prism and state-of-the-art water fountain technologies, including pyramids, gyroscopic arcs and straight jets, as well as lava and mist effects.

A Walk To Remember 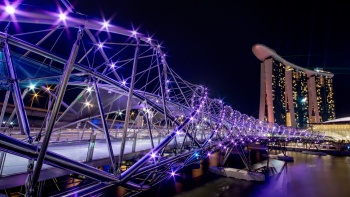 Whether you’re at Marina Bay Sands® to catch a show, share a romantic dinner or explore the glamorous boutiques, a walk by the Bay is a must. Day or night, you’ll be mesmerised as the colours of the changing sky are reflected on the gleaming surfaces of this architectural marvel.

End off your visit with a stroll across The Helix. A pedestrian bridge and architectural marvel that links Marina Centre with Marina South, this stainless steel structure’s distinctive, double-helix design is modelled to resemble a strand of DNA.

Four viewing platforms along this 280-metre bridge provide visitors with a stunning view of the Singapore skyline, and are perfect spots to snap photographs.