Hark back to a golden age of elegant refinement and gracious living at Raffles Hotel Singapore, where the past reawakens to glorious life. 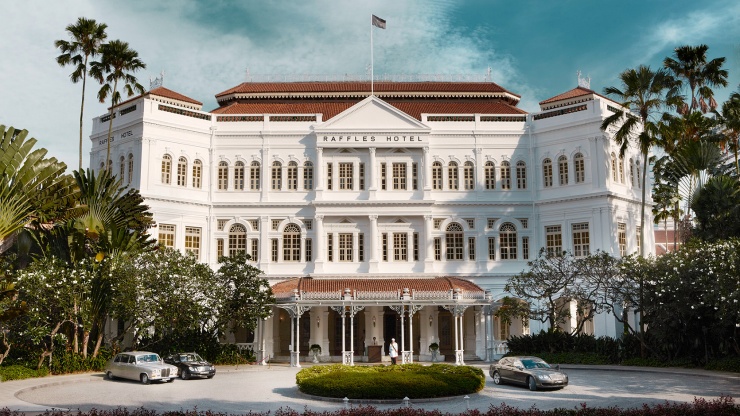 The iconic Raffles Hotel Singapore has been home to both tall tales and famous folks like Michael Jackson and Queen Elizabeth II. 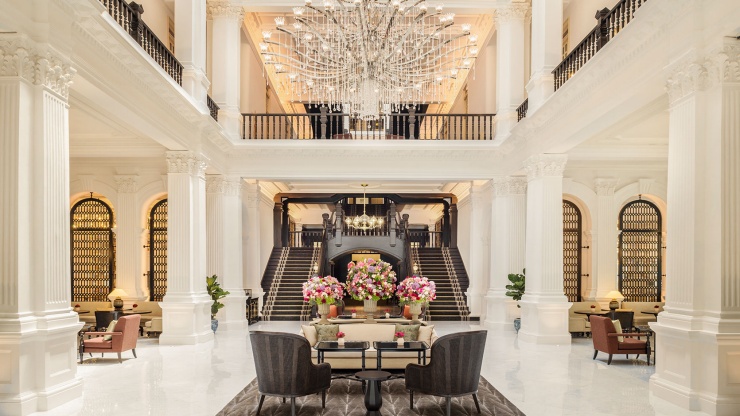 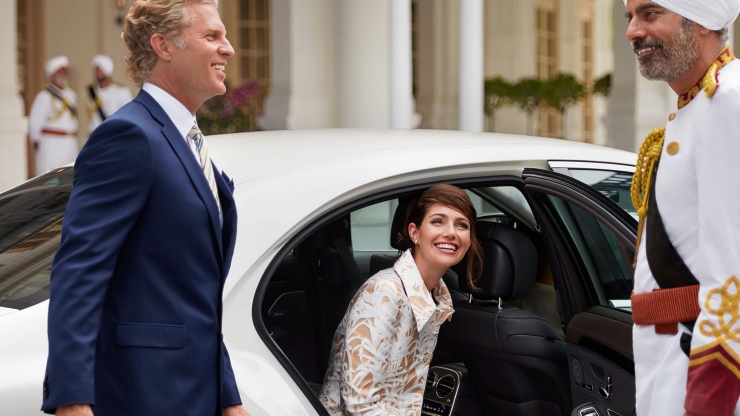 Enjoy excellent service from one of the oldest hotels in Singapore. 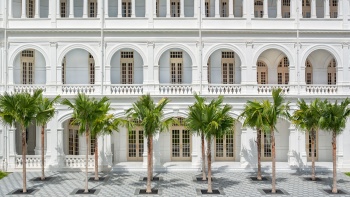 Easily the most famous hotel in Singapore, no other establishment epitomises the island’s colonial history better than Raffles Hotel Singapore.

Named after Singapore’s founder, Sir Stamford Raffles, the hotel was built by the Sarkies Brothers, responsible for other luxury hotels in the region during the colonial era.

Although Raffles Hotel Singapore opened in 1887, its layout continued to evolve, with hotel wings, suites and other facilities added over the years.

Jewel in the crown However, it was the hotel’s new main building, designed by R. A. J. Bidwell of Swan & MacLaren and completed in 1899, which turned out to be the jewel in the crown.

An exemplary showcase of neo-Renaissance architecture, tropical touches like high ceilings and extensive verandahs were added. It boasted a dining room with a marble floor, electric lights and powered ceiling fans—a first for any hotel in the region.

It became the place to be. Charlie Chaplin, Queen Elizabeth II and Rudyard Kipling were just some of the illustrious names that spent a night or two under its roof.

A facelift in 1989 restored it to the height of its glory. An original cast-iron portico and a timber staircase were reinstated, while decorative plasterwork was painstakingly repaired. All rooms were converted into suites with teakwood floors and handmade carpets.

A new lease on life

Today, the Raffles Hotel Singapore is a heritage icon, and its storied elegance, compelling history and colourful guest list continues to draw travellers from around the world.

Following restoration works in 2019, the hotel now boasts a whole suite of new amenities and a fresh new look.

Undertaken by acclaimed interior designer Alexandra Champalimaud, Singapore’s grand old dame of hotels has been given a new lease of life.

Guests can now check in from the comfort of their hotel rooms, and the hotel’s total suite count has been increased from 103 to 115.

Iconic restaurants and bars like the Tiffin Room and the Long Bar (home of the Singapore Sling) make their return, joined by new establishments from world-famous chefs.

Visitors looking to shop for souvenirs can visit the Raffles Boutique at the refurbished Raffles Hotel Singapore Arcade. Formerly known as the Raffles Gift Shop, the establishment sells a variety of mementos and sovenirs—including Singapore Sling-related souvenirs.