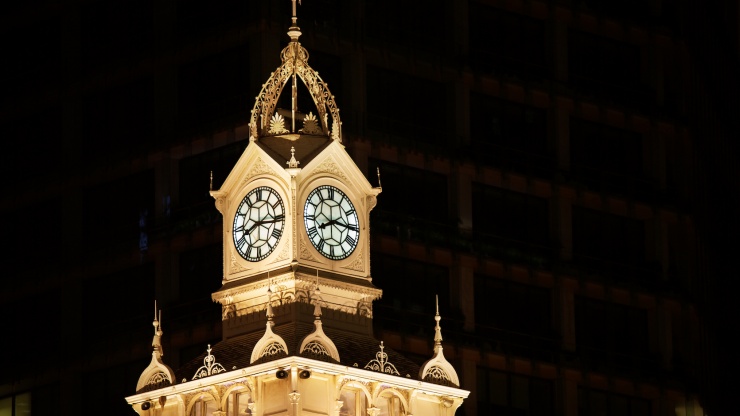 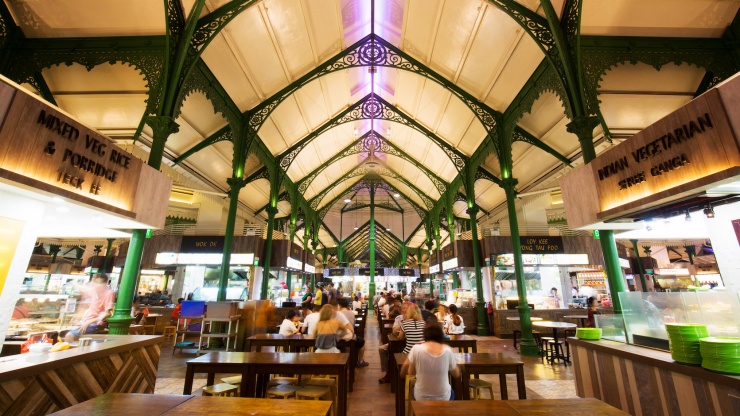 A feast for both the eyes and the palate, Lau Pa Sat blends graceful colonial architecture, heritage and delicious food. 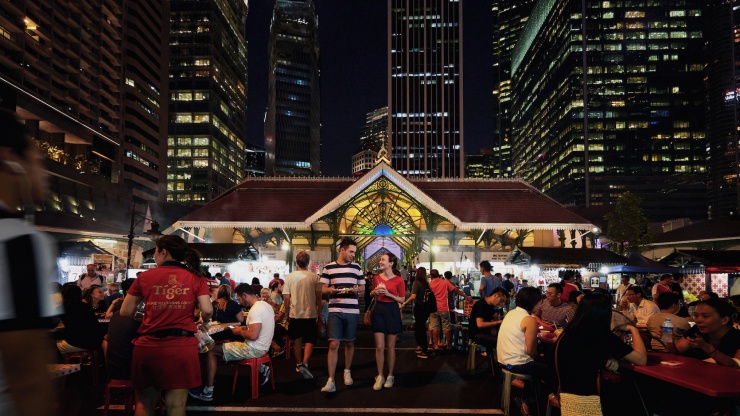 Tuck into local cuisine as you revel in the elegant old-world charm at Lau Pa Sat.

Built in the 19th century, Lau Pa Sat or Telok Ayer Market has long dominated the local landscape with its striking presence. A true Singapore landmark, it was gazetted as a national monument in 1973.

Situated in the heart of the financial district, the market’s distinctive octagonal shape and ornamental columns were first conceived by George Coleman. The prominent Irish architect also designed many of colonial Singapore’s prominent buildings that are still standing today, such as the Old Parliament House.

When the market had to be moved from its original waterfront location and rebuilt in 1894, Municipal Engineer of Singapore and Scotsman James MacRitchie retained its essential shape, but added a graceful clock tower and a new cast-iron supporting structure. The frames were cast in Glasgow before being shipped to and assembled in Singapore.

Today, after several facelifts (its most recent restoration concluded in June 2014), what you see is still in line with MacRitchie’s original vision. It is a marvel to observe how the soaring arches, fretted eaves and slender Victorian columns topped with intricate filigree work—wrought from solid iron—have achieved an airy, delicate lace-like effect.

The market has long been converted into a hawker centre offering the best of local cuisine. So sip an ice-cold beer and enjoy a plate of Hainanese chicken rice as you revel in the elegant old-world charm of Singapore’s loveliest food court.