Following its renovation by expert craftsmen from China, the Hong San See temple has been restored to its full glory. Hong San See was restored to its full glory by expert craftsmen from China. 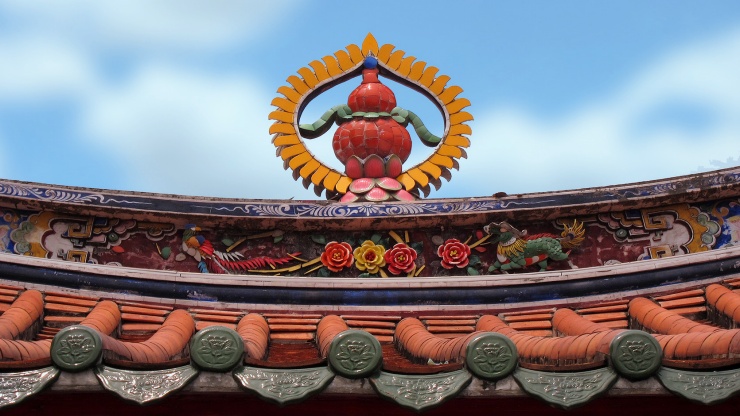 Its details are inspired by southern Chinese-style temple architecture.

Built between 1908 and 1913, the Hong San See temple was established by the Hokkien community in Singapore. Its name means “Temple on Phoenix Hill” in Chinese, and it is dedicated to Guang Ze Zun Wang. The axial planning, courtyards, walled enclosures and beam-frame structure are all traditional features of this style. This last detail in particular shows exceptional carpentry, with a roof built entirely without nails. Other highlights include the granite columns, exquisitely carved with dragons, peonies, magpies and phoenixes.

You’ll also notice chien nien (the Chinese art of creating figures from porcelain) ornamentation and elaborate plaster relief work on the eaves and roof, in particular, the two dragons prancing with a pearl.

The Hong San See temple was gazetted as a national monument in 1978. Today, it is in immaculate condition due to an extensive renovation from 2006 to 2010, with technical consultants and craftsmen brought in from China to undertake the restoration.

As a result, the temple was the first Singapore building to win an Award of Excellence in the 2010 UNESCO Asia-Pacific Heritage Awards for Cultural Heritage Conservation.

Besides its patron deity, Hong San See Temple also has altars to Cheng Huang—the god of cities—and Guan Yin, a bodhisattva of mercy.