Art and culture spill onto the streets when dusk falls at the Singapore Night Festival. 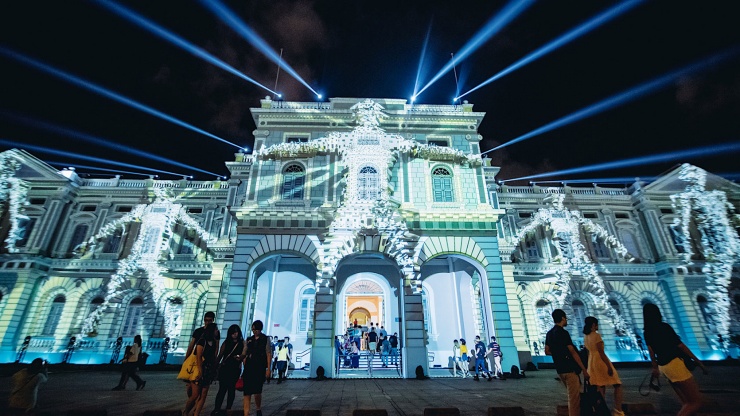 Spectacles of light, sound and colour transform the heart of the city into a surreal dreamscape at the Singapore Night Festival. 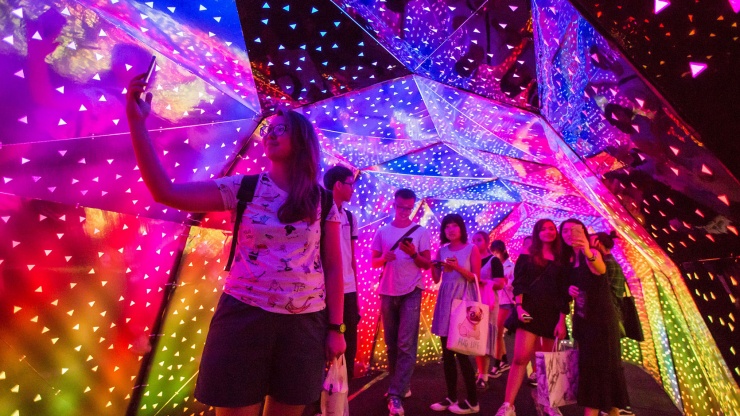 An acrobatic stunt by Fuerza Bruta 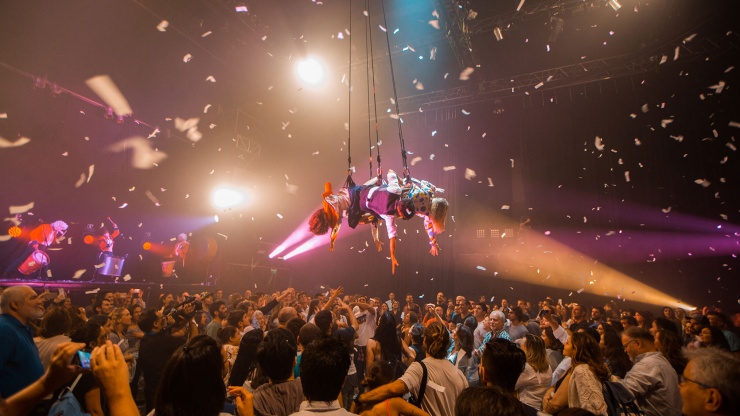 Every August, the Singapore Night Festival (SNF) transforms the Bras Basah/Bugis heritage precinct into a midsummer’s celebration of sorts.

A treat for the eyes and ears 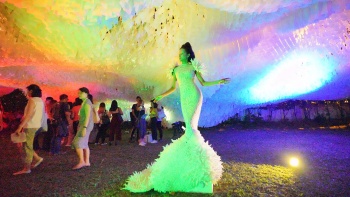 Every year the SNF features a theme, and previous editions have showcased international acts such as the spellbinding Gardens of Angels by Theater Tol (2015), and The Duel (2018), which saw UK troupe Lords of Lightning summoning up the awe-inspiring forces of nature in an electrifying display of science and artistry.

2019’s edition of the festival will see the return of globally-acclaimed Argentinian Dance Troupe Fuerza Bruta (who last performed here in 2012). Experience the magical return of this spectacular aerial dance troupe, as they showcase a mesmerizing blend of acrobatics and surreal set pieces.

The signature highlight of the festival surely must be the interactive light installations that turn the façades of the Singapore Art Museum and the National Museum of Singapore into ephemeral works of wonder. 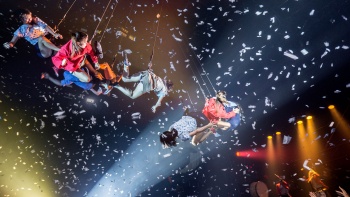 Night owls will enjoy the many events held late into the night around cultural institutions such as the National Museum of Singapore, Singapore Art Museum, and more.

You’ll have a hoot too at the various street and music performances, by local and international artists, all playing their original works. The Festival Village Stage—which features live performances and a surrounding array of street food kiosks—is your go-to destination if you’re looking to sate your appetite for both scrumptious nosh and catchy tunes.

2019’s lineup of festival performances include Fuerza Bruta—an internationally-acclaimed Argentinean troupe famous for telling stories through stunning aerial acrobatics—and The Duel by Lords of Lightning, which fuses science with a searing spectacle.

If you’re in town, don’t miss your chance to see Singapore’s heritage, arts and culture in an entirely different light.

The first Singapore Night Festival wowed crowds with spectacular light projections on the National Museum and Singapore Art Museum buildings, as well as flying ships and pianos, all set against the night sky.