Adrenaline-pumping activities, unforgettable racing action and glitzy parties come together in a thrilling blend at The Grand Prix Season Singapore.

The streets of Kampong Gelam Party were alive with the sound of music and entertainment. In 2019, we have our island’s top buskers battled it out to be crowned the GlamVoice Champion.

EDM lovers and hip hop fans alike got to live it up in the iconic nightlife district of Clarke Quay, with raves, themed parties and promotions across multiple venues.

Every year, the bustling streets of Singapore’s city centre roar to life with the revving of car engines at the annual FORMULA 1 SINGAPORE AIRLINES SINGAPORE GRAND PRIX.

Glamour and gasoline intertwine at this star-studded event, which features the world’s top FORMULA 1 racers competing for victory at the world’s first-ever night race in FORMULA 1 history. Race nights are accompanied by a slew of concerts by some of the world’s most iconic pop stars and off-track activities.

The race saw nail-biting performances from the world’s greatest racers, with Sebastian Vettel and Charles Leclerc pulling out the stops and securing first and second spots for Team Ferrari, and Red Bull Racing Honda’s Max Verstappen coming in third.

Visitors to the event were treated to a multisensory feast of entertainment, with performances by global icons like Swedish House Mafia, Gwen Stefani and Fatboy Slim.

The spectacular action went far beyond and off circuit at the Grand Prix Season Singapore (GPSS), with ten days celebration of pop-up events, race-themed festivities and after-parties. For the first time ever, GPSS debuted precinct parties all across the island, in the districts of Clarke Quay, Orchard Road, Kampong Gelam and Jewel Changi.

The 2020 Grand Prix Season Singapore kicks off from 11–20 September, while the FORMULA 1 SINGAPORE AIRLINES SINGAPORE GRAND PRIX 2020 will take place from 18–20 September. Visitors raring to go can grab their early bird tickets for 2020’s race here.

Visitors to 2019’s GPSS experiences got the chance to step into the shoes of an F1 race car mechanic, courtesy of the Red Bull Pit Stop Challenge. 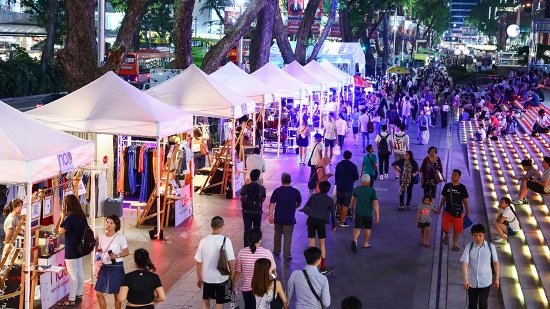 Set in Singapore’s most famous shopping belt, the Orchard Road precinct party featured live DJ sets and music performances on the rooftop of Design Orchard and race-themed activities that stretched from Wisma Atria to Mandarin Gallery. Visitors also got to immerse themselves in the world of luxury car-making at BMWFestSG. 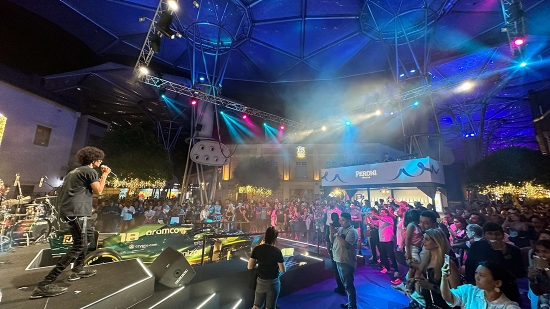 For visitors to GPSS 2019, the party started the moment they got off the plane. Jewel Changi Airport’s precinct party boasted a range of immersive and exciting activities for race fans of all ages, with remote-control racing and virtual reality games. 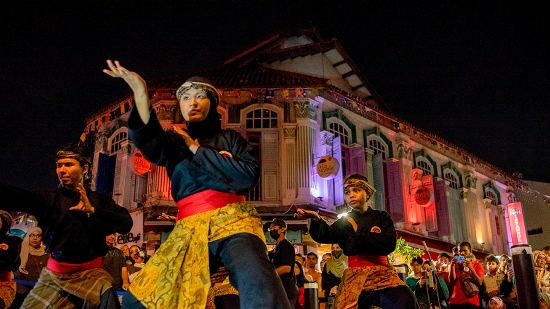 The precinct party at Clarke Quay filled Singapore’s most iconic nightlife hub with buzz and dance tunes alike. Bands, singers and musicians hailing from over 20 countries performed across the district’s vibrant nightlife venues, while the Fountain Square hosted an outdoor arcade and carnival. 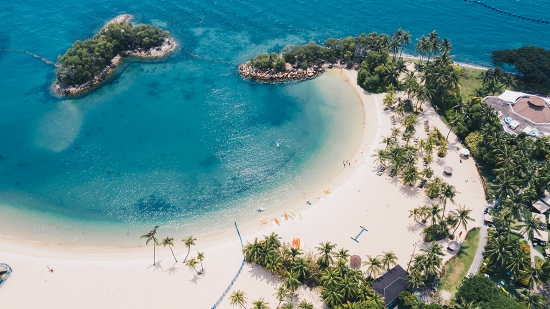 The Kampong Gelam precinct party saw the heritage district’s buzzing streets filled with partygoers. Visitors to the event revelled in live music from some of Singapore’s top buskers at the Glam Voice! Competition, and boogied to Latin beats with live bands like Havana Social Club.