More than just a stomping ground for local fashionistas and shoppers from all across the globe, Orchard Road is a repository of fascinating stories from the pages of history.

Take a walk with us down both Orchard Road and memory lane to uncover fascinating tales of the district and its prominent landmarks. 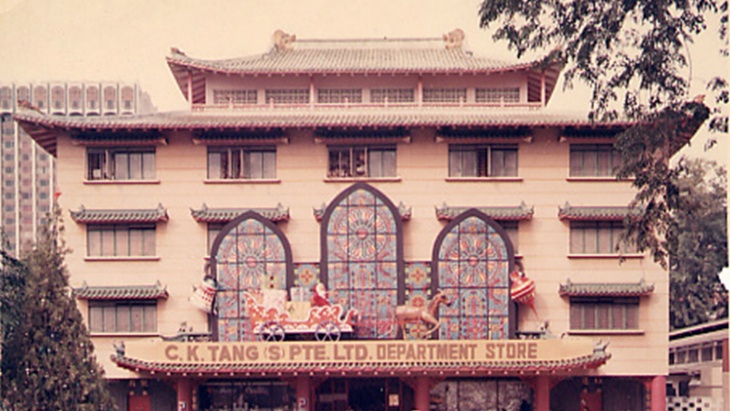 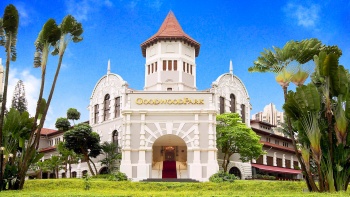 Modern-day visitors strolling down Orchard Road’s bustling thoroughfare and admiring its luxury malls would be hard-pressed to imagine that this world-renowned shopping district was ever obscure.

But during the 1830s, the location was a tree-flanked dirt road, lined with pepper farms, nutmeg plantations and fruit orchards, with the latter giving the stretch its contemporary name.

Instead of malls, the area was filled with houses and bungalows. The present-day Royal Thai Embassy was the site of one such residence, owned by King Chulalongkorn of Thailand.

The history of a garden in a city

A UNESCO-Award Winning Heritage Site and our island’s oldest garden, the Singapore Botanic Gardens stands on what was once a swathe of jungle, described as “a haunt for tigers”.

Established in 1859 by Lawrence Niven—the supervisor of an adjacent nutmeg plantation—the garden still retains many distinctive features from its past. These include its gently curving pathways, Bandstand Hill and six hectares of the original jungle.

The gardens were managed by several directors throughout its history, with Henry Nicholas Ridley being one of the most prominent. During his tenure, he added numerous plants to the garden’s collection. One of these species—known as the Vanda Miss Joaquim—is now Singapore’s national flower.

A hotel fit for royalty

At the turn of the 20th century, Goodwood Park Hotel was known as the Teutonia Club, a haunt of German expatriates in the community.

In 1918, the building was acquired by three brothers named Morris, Ezekiel and Elias Manasseh and renamed Goodwood Hall. For a decade, it was a popular venue for weddings, balls and recitals, before the trio of brothers transformed it into a hotel.

Besides being the first hotel on the island to boast a swimming pool, this national monument has hosted countless notables, from Queen Beatrix of the Netherlands to Nobel Laureate William Golding. 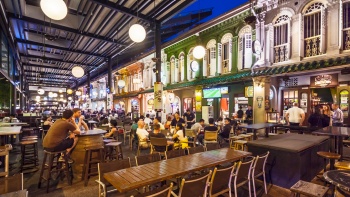 The former Orchard Road Market—where Cuppage Plaza now stands—sold the freshest of produce, while the Cold Storage Milk Bar was a popular hangout that sold ice cream, cakes and other refreshments. The latter is now the site of modern mall The Centrepoint.

The house that Tang built

One of the most prominent episodes in Orchard Road’s evolution occurred in 1958, when businessman Tang Choon Keng opened C.K. Tang Department Store in the district.

Formerly a peddler hawking his wares from the back of a rickshaw, the astute businessman was able to grow the “House of Tang” through the decades, weathering the travails of World War II to helm a flourishing retail business.

The marvels of modernity

Commercial development along Orchard Road intensified from the 1970s to the 1990s, with the construction of many of the district’s most popular malls and hotels.

Mandarin Orchard Singapore—which opened in 1971 and finalised construction of its second block in 1981—had the distinction of being Singapore’s tallest building at the time, while 1993 saw the grand opening of Ngee Ann City.

The popular Orchard Cinema was given a new lease on life in 1997 as Cathay Cineleisure, and continues to enchant moviegoers with the magic of the silver screen to this day—proof that while everything changes, nothing is truly lost.

Orchard Road in the new millennia 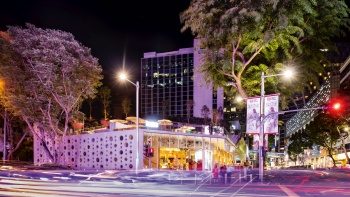 Orchard Road’s story is constantly evolving, and the 21st century marks a new chapter in its development, as Singapore strides towards new and distant horizons.

Disembark from a train at Orchard MRT, and you’ll find yourself amidst the modern marvels of ION Orchard, the latest mall to open in 2009.

Stroll down the bustling boulevard towards Somerset Station and you’ll find Design Orchard, home to wares made by passionate local designers and artisans, all crafting the next chapter of Orchard Road’s history.