So you’ve shopped till you dropped at Orchard Road, taken your mandatory selfie with the Merlion, and marvelled at the skyscrapers at Marina Bay. Want to see more of Singapore? Head to these offshore islands for a Singaporean experience unlike any other. 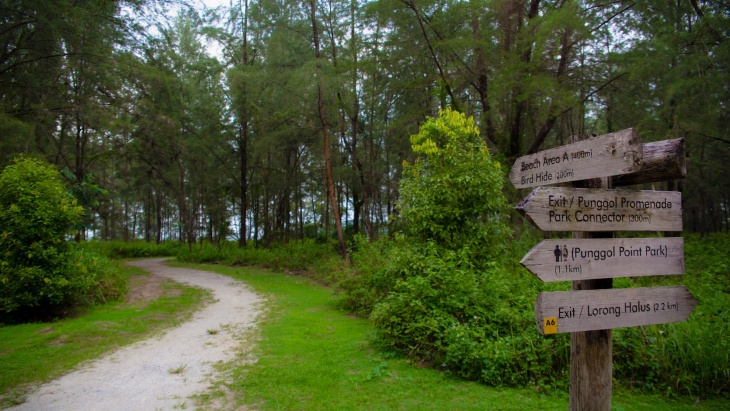 Calling all cat lovers, skip the cat cafes and head to St John's Island for some quality time with your favourite furry friends—the island has become famous in recent years for the many friendly felines lounging around.

St John’s Island has also seen its fair share of history. What was once a quarantine centre for infectious diseases and later a drug rehabilitation centre, was transformed in 1975. The island was given a new lease of life, as an oasis where travellers enjoy swimming lagoons, beaches, picnic grounds, trekking routes and more.

How to get there: Catch a ferry to St John’s Island from Marina South Pier (S$18 for an adult round-trip ticket, S$12 for children).

Perhaps the most well-known of Singapore’s offshore islands, Pulau Ubin is the place to be if you’re looking to connect with nature or take a walk on the wild side. Pulau Ubin is home to one of Singapore’s last kampongs (villages), and the island is brimming with rustic charm.

Grab your bikes and cycle around the island, or take a van to the Chek Jawa Wetlands, where you can stroll down the kilometre-long boardwalk and observe all sorts of wildlife such as carpet anemones and mangrove-dwelling fiddler crabs.

How to get there: Take a ten-minute bumboat ride from Changi Point Ferry Terminal (S$3 for a one-way trip).

Besides the beaches at Sentosa or East Coast Park, Lazarus Island is a great destination for an idyllic beach escapade. Think lounging on white sandy shores and dipping your toes in clear turquoise waters. Remember to pack your towels, water and sunscreen though, as the Lazarus Island tropical paradise experience comes without convenience stores.

How to get there: Hop on the ferry to St John’s Island from Marina South Pier (S$18 for an adult round-trip ticket, S$12 for children). Then take the link bridge from the St John’s jetty to reach Lazarus Island.

Take a trek to Coney Island to get in touch with nature. This rustic green sanctuary is accessible via two bridges, connecting this offshore island to the mainland.

There are great cycling trails on the island—we’d recommend cycling over walking, as the terrain can get pretty rugged. The 50-hectare Coney Island Park is also home to a diverse range of Singapore’s flora and fauna and a good spot for bird-watching. Do keep a look out for those long-tailed macaques, and refrain from feeding them.

How to get there: From Punggol Point Park, walk about 500 metres east along the Punggol Promenade Nature Walk to get to Coney Island West Entrance.

Mythical tales of tortoises abound at Kusu Island, which has a fascinating story revolving around these shelled creatures (‘kusu’ actually means ‘tortoise’ or ‘turtle’ in Hokkien). Legend has it that a giant tortoise turned itself into an island in order to save two shipwrecked sailors, who then returned to the island to give thanks.

In a nod to its origins story, the island is also home to a famous tortoise sanctuary, which houses hundreds of this sacred animal.

Visit Kusu Island during the ninth lunar month and you’ll be joined by throngs of people going to the island to pay their respects at the Chinese Da Bo Gong Temple.

If you're feeling up for a challenge, take on the 152-step climb to the top of the island, where 3 keramats (holy shrines of Malay saints) sit. Many believe them to grant wealth, health and fertility.

How to get there: Kusu Island can be reached by ferry from Marina South Pier ($18 for an adult round-trip ticket, $12 for children).

Two islands separated by a narrow channel, Sisters’ Island is said to be named after various versions of a folktale where a pair of sisters drowned at sea.

Find out which version of the legend you believe when you explore the island, which is a popular spot for picnics and camping. You can also head to the Sisters’ Island Marine Park, home to plenty of Singapore’s native marine biodiversity.

How to get there: Sisters’ Island can be reached by ferry from Marina South Pier (S$18 for an adult round-trip ticket, S$12 for children).