Night Activities in Singapore to Enjoy

When night falls, the city springs to life—and we’re not just talking about bars and clubs. There are many entertainment options that run well into the wee hours. You can cosy up to a movie under the stars, chill out to live music, or explore museums at night. Here’s how to make the best of our city after dark. 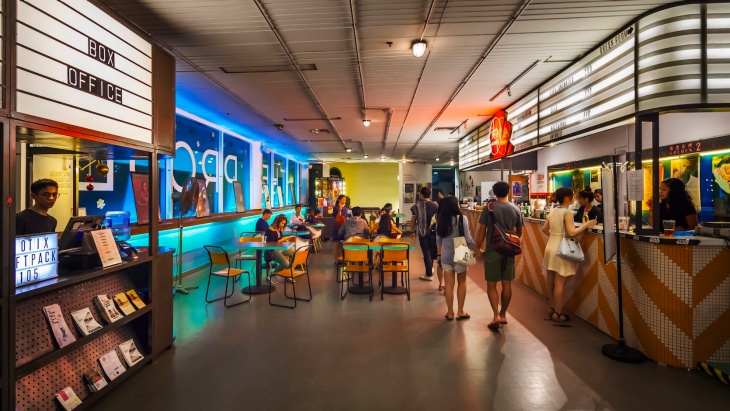 Watch an indie or arthouse film Calling all film buffs: If cult classics, psychological horror and world cinema tickle your fancy, then The Projector’s where to spend your night at. Situated on the fifth floor of Golden Mile Tower, the indie movie theatre is housed in the Golden Theatre, our largest cinema during the 1970s. While most of the interior has been redesigned, it still retains its retro theatre flip-up seats. The Projector occasionally screens local indie movies and award-winning flicks, too.

Take your post-movie discussions to Intermission Bar, in The Projector’s foyer area. Besides serving up finger food and cocktails, this lively space regularly hosts a range of diverse events, from photography exhibitions to live music sessions.

Catch an inspiring outdoor performance at Esplanade – Theatres on the Bay 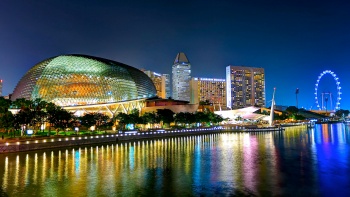 Affectionately known as ‘the durian’ by locals due to its iconic, spiky-looking architecture, the Esplanade – Theatres on the Bay is both home and stage to the performing arts and Singapore.

If you’re on the hunt for inspiration, this beloved space is an ideal spot to catch a performance—Walk past the Esplanade outdoor stage on any given evening, and you’re likely to hear the strains of music or live performances drifting across the water.

Be dazzled by a light and water show at Marina Bay 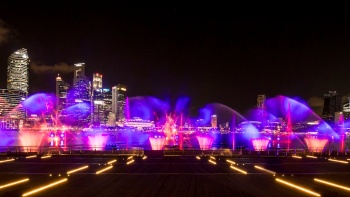 Rest your aching feet after a long day of shopping at The Shoppes at Marina Bay Sands® by settling yourself along its event plaza facing Marina Bay. Arrive at 8pm and 9pm each night—or at 8, 9 and 10pm on Fridays and Saturdays—and you’ll be treated to Spectra, a stunning water and light show that takes place right on the water. The 15-minute opus combines dancing streams, laser beams and visual art projections alongside a dramatic soundtrack composed by local music producer, Kenn C.

For more impressive views of our city at night, head 200 metres above ground to the Sands SkyPark Observation Deck (free for hotel guests; S$20 otherwise) for a bird’s-eye view of the majestic Lion City. 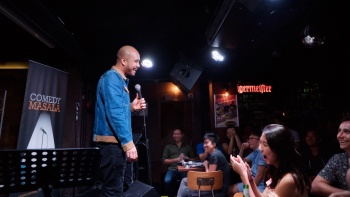 You’re in for a thigh-slapping good time at Comedy Masala, a stand-up comedy show that runs every Tuesday in the heart of the Central Business District. Founded by local funnyman Umar Rana, the series features international, local and regional comedians, including Malaysia’s Joanne Kam and the US’ Paul Ogata. If you’re up for getting ribbed by these comics, then take a front row seat and you might be the butt of their next punchline.

Spend a night at the museum 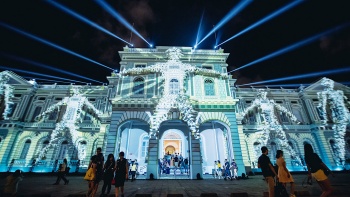 Massive light installations, roving art performances and guided museum tours are just a few things to expect at the annual Singapore Night Festival. Watch the Bras Basah.Bugis Precinct come to life with arts and music as institutions like the National Museum of Singapore and Singapore Art Museum open their doors until midnight.

Feasting for foodies in Kampong Gelam

Discover your next favourite supper spot