Editor’s Note: We understand that even as travelling is on pause now and the world is staying home, the following article may inspire you to visit Singapore next when the situation has improved and travel is made possible again. Meanwhile, please stay safe. Singapore awaits your next visit.

As a nation that’s home to a wide range of cultures, ethnicities and religions, Singapore’s diversity is our strength. Our many communities may have their own festivities, traditions and practices, yet you’ll find us celebrating as one people.

Here are five reasons why Singapore is one of the most harmonious and plural nations on the planet. 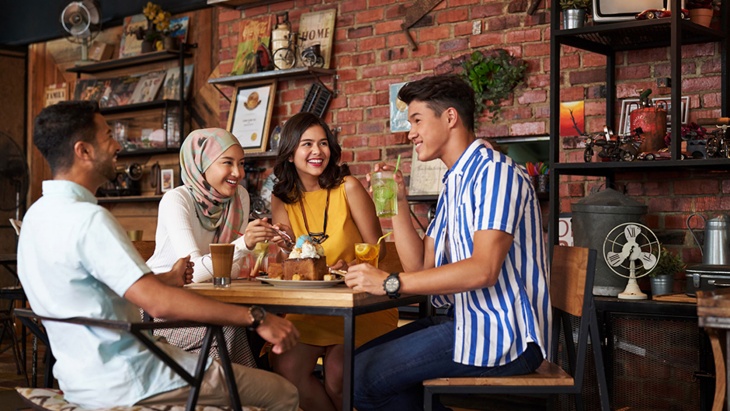 Our communities are vibrant and diverse 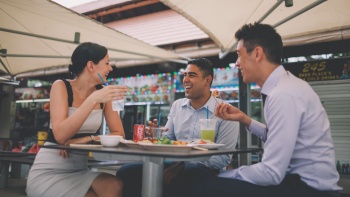 Since our days as a colony in the 19th and 20th centuries, immigrants from India, China and all around the Malay Archipelago have flocked to the island in search of a better life—and they’ve formed the bedrock upon which this city was built.

Today, Singapore’s resident ethnic makeup predominantly comprises the Chinese, Malay, Indian, Eurasian and Peranakan* communities. While we live, work and play together, there remain traditional ethnic enclaves that you can explore to learn more about each community—for example, Joo Chiat/Katong is a historic Peranakan neighbourhood, while the earliest Indian settlers laid their roots in what is known today as Little India. And the indigenous people of the land, the Malays, have long considered Kampong Gelam as the ancestral seat of their sultans, well before Singapore became a colony.

These ethnicities have their own mother tongues that most Singaporeans still speak today; yet we aren’t divided by them. In fact, these languages have coalesced into the local lingo of Singlish—besides English, Singlish is the other main language we use with our friends, family and even co-workers.

To hear Singlish in all its glory, you won’t find a better place than a hawker centre, where our communities gather and interact with one another.

Our ‘local food’ comes from around the world 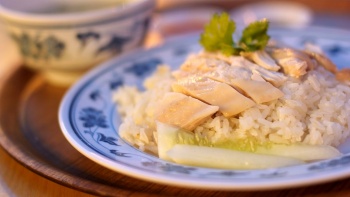 We don’t go to the hawker centres to speak Singlish, of course. We go to feast. Like our ethnic tapestry, ‘Singaporean food’ comprises many cuisines, and, at a hawker centre, you can sample them all under one roof.

These cuisines predominantly come from the Malay, Chinese and Indian communities, with dishes that range from the humble roti prata (traditional Indian flatbread) to fiery Malay currys and the famous Hainanese chicken rice.

You can even find fusion versions of these traditional cuisines: For example, Fifth Season Tangra Chinese Restaurant whips up Indian-Chinese plates such as Sichuan-style curries and fried basmati rice. 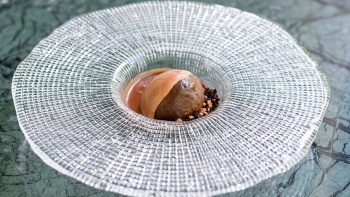 Two other cornerstones of Singaporean food belong to the Eurasians and Peranakans. Their cuisines are a mish-mash of Asian and European traditions—you’ll be tucking into spicy stews and roasted meats at a Eurasian eatery, and braised meats and curries at a Peranakan one.

To sample some of the best Peranakan food in the world, make a reservation at Candlenut, the world’s only Michelin-starred Peranakan restaurant.

The many religions in Singapore co-exist in harmony 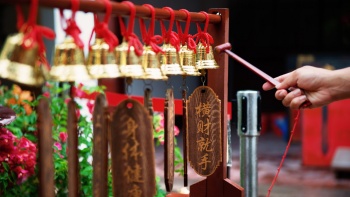 Singapore is the most religiously diverse country in the world, according to a 2014 Pew Research Center study. People of all faiths live, work and even worship together in our city.

Just head out to Waterloo Street or South Bridge Road and you’ll find many different places of worship—such as temples, mosques and synagogues—located side by side. 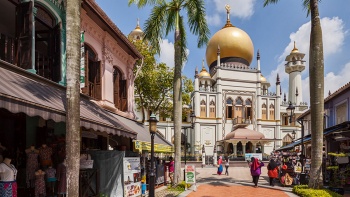 These places of worship boast some of Singapore’s most stunning architecture, too. For instance, the Neo-Gothic spire of St. Andrew’s Cathedral seems to pierce the sky over the Civic District, and the grand, golden domes of Sultan Mosque that rise over the shophouses of Kampong Gelam are stunning to behold.

And we celebrate as one 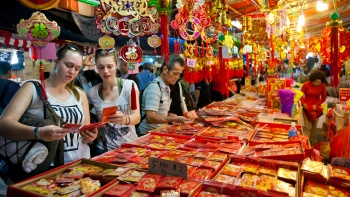 Whether it’s Chinese New Year, Hari Raya Aidilfitri, Deepavali, Vesak Day or Christmas, all the ethnicities and religions that call our city home celebrate together, as Singaporeans.

Soak in the good vibes at festive events such as River Hongbao, the Geylang Serai Ramadan bazaar and Christmas on A Great Street, where food, performances and games make them perfect for families.

And if you’re in the city during Deepavali or Thaipusam, then Little India is the place to be: Art installations, performances, and a fleet of traditional pop-up stalls transform the enclave into a buzzing carnival.

Many passions come alive in Singapore 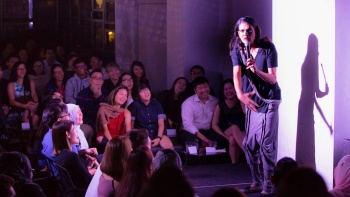 Besides traditional culture, pop culture is huge in our city. Our arts scene is thriving, with many exhibitions, concerts and festivals—such as Singapore Art Week and the Singapore Writers Festival—that will fuel your own imagination.

Even smaller sub-cultures have found their nook in Singapore. Anime devotees congregate at the C3AFA Anime Festival Asia, comic book geeks trade fan theories at the Singapore Comic Con, and comedy nuts go wild at the many stand-up nights around town, like Comedy Masala.

No matter how niche or novel your interests are, you’ll encounter a city filled with people who share them.

A 2-day guide for aspiring artists