The Lion City is home to a host of venues with open mic nights, from live music bars that’ll let you show off your guitar chops to venues that’ll give you the chance to bare your emotions through spoken word poetry.

Whether you’re a seasoned performer, an aspiring songbird, or just hoping to conquer your stage fright, you’re bound to find a venue on this list that’ll unleash your inner rock star. One of Singapore’s most established live music bars, Timbre @ The Substation is a great place to indulge in delicious bar nosh, ice-cold brews and soulful tunes. The Timbre Group has long been a stalwart supporter of Singapore’s music scene, and its various venues have played host to score of local rock, pop and acoustic acts.

To get the house rocking, be sure to visit on Tuesday night from 8pm onwards for Timbre’s open mic session. Veteran cover band 53A will be your jam buddies for the night, making this the perfect opportunity to show off your sick guitar licks and silky-smooth vocals. With an extensive range of beer and bourbon, scrumptious dishes and a burger challenge that’s literally bigger than your head, The Beast - Southern Kitchen & Bourbon Bar is more popularly known as a great location for foodies looking to sample American comfort food.

Aside from its great food, The Beast is also known for its open mic Thursdays and live band Fridays, with a focus on folk, pop and country music. If you’ve always wanted to serenade an audience with your rendition of Bob Dylan’s The Times They Are A Changin’, this rustic watering hole will be the perfect setting for you. 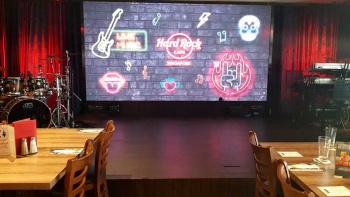 Aspiring rock stars and budding vocalists should drop the establishment an email, or give them a call to reserve a slot for their open mic sessions, which happen every Sunday from 7-10pm. 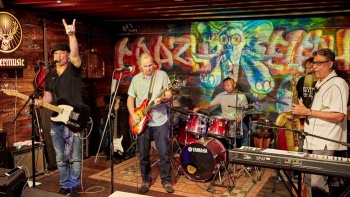 Get ready to channel your inner Jimi Hendrix at Crazy Elephant. This rollicking, raucous live music bar has been dishing up live rock, metal and blues for over two decades. Its stage has been graced by world-renowned musicians like Deep Purple and Eric Bourdon.

Mondays to Saturdays are packed with performances by veteran local acts such as Randolf Arriola, Bob Sauler & The Blues Machine and local rock band Dirty Dealers.

The bar’s Sunday night jam sessions tends to attract a motley crew of talented guitarists, bassists and drummers, making it a great venue to form an impromptu band with fellow musicians.

Singapore’s first and oldest Irish pub, this establishment is a great place to visit if you crave cold Guinness, tasty snacks and Gaelic hospitality.

Besides quiz nights and live sports screening, the bar is famous for its acoustic performers, who play a range of folk, soft rock and Top 40s. Regular open mics take place on Saturday evenings, but those who’d like to explore the world of Irish music should sign up for their Traditional Irish Tuesdays sessions. Don’t be shy to give the latter a whirl, even if Danny Boy’s the only tune you know. If laughter’s the best medicine, The Merry Lion may well be one of the best “clinics” on the island. This dedicated comedy bar boasts a line-up of local veterans, up-and-coming comedians and global headliners (past acts include Yuriko Kotani and Kavin Jay). The quick wit and improvisational antics on display here are bound to leave you in stitches.

Open mic comedy sessions happen every Sunday, and each participant is given just five minutes to strut their stuff and flaunt their funny side. Be sure to come prepared with your best material!

Keep calm and party on

Discover your next favourite supper spot

10 alternative things to do in Singapore