This simple dish of stir-fried noodles boasts a rich prawn stock that keeps fans coming back for more. 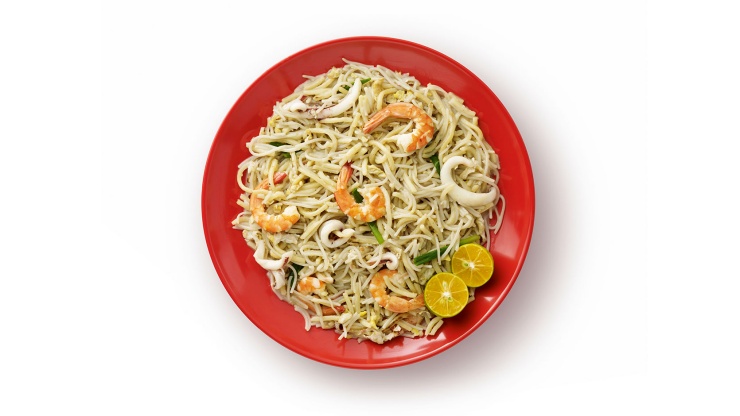 No dish of Hokkien Prawn Mee is complete without a spicy dollop of sambal (chilli paste) and a drizzling of lime. 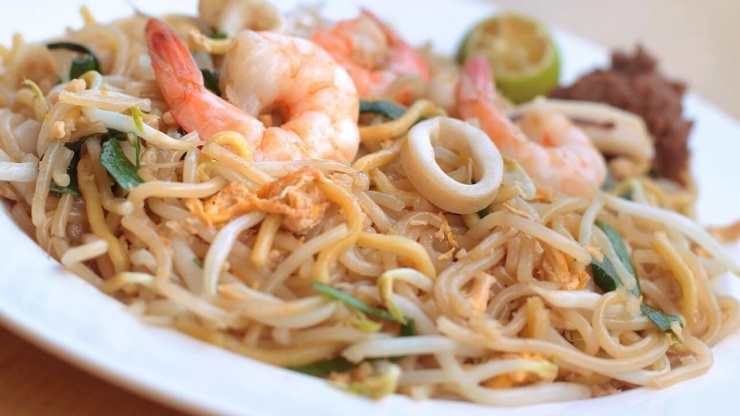 While most noodle dishes tend to consist of just one type of noodle, Hokkien Prawn Mee is made with vermicelli and yellow wheat noodles. Taste the subtleties in texture for yourself!

As its name suggests, Hokkien Prawn Mee is a dish created by Hokkiens. But its origins are a little uncertain.

Some say it was originally known as Rochor Mee because it was first sold at Rochor Road. Hokkien sailors who had worked at noodle factories in post-war Singapore would gather at Rochor Road in the evenings to fry the excess noodles from the factories over charcoal stoves. Others suggest that a stall beside the 7th Storey Hotel near Rochor Road first created this dish.

Yet some point out that Rochor Mee was the Peranakan interpretation of the dish, which is cooked with more gravy and accompanied by sambal—a more common version these days. The original Hokkien mee is supposedly fried till dry and eaten with sliced red chilli.

But it does not matter which account is true, just know that the noodles, typically found in hawker centres, are delightfully delicious.

To taste this local delight for yourself, check out this link.

Talk about mixed origins! Besides being a Hokkien dish, most hawkers selling this dish at food centres in the 1980s were Teochew.