Also known as ‘char kway teow’ in Singapore, this indulgent wok-fried noodle dish has been a popular Singaporean hawker staple for decades. 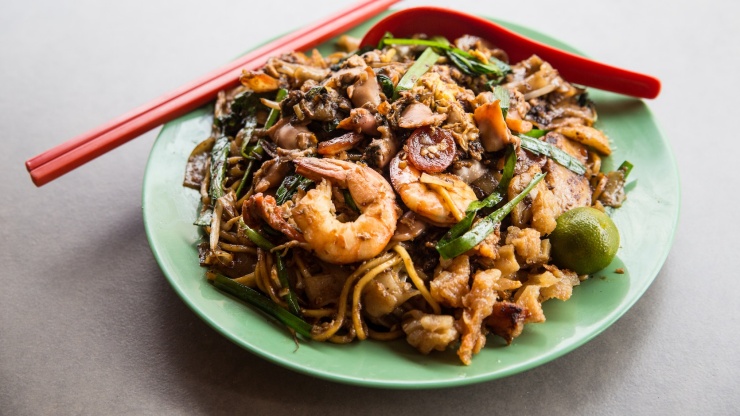 Fried Kway Teow, also known as ‘char kway teow’ in Singapore, has been a popular Singaporean hawker staple for decades. 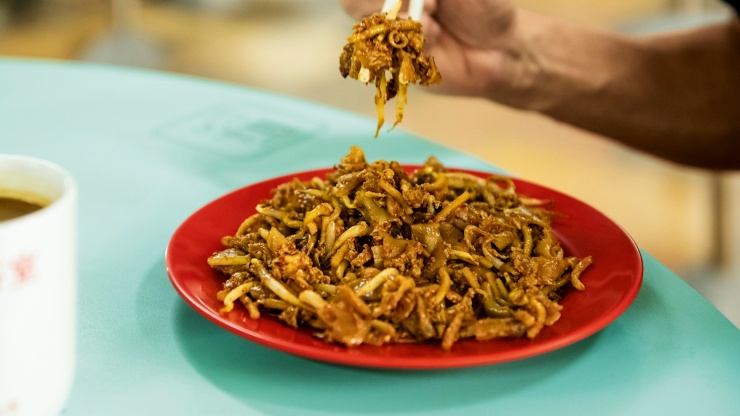 Stir-fried with fresh seafood, chilli and belacan, this noodle dish is a must-try hawker food in Singapore.

Colloquially known as char kway teow (pronounced ‘cha-gway tee-ow’), this wok-fried noodle dish has roots in Teochew culture. The culture originates from the region of Chaozhou, in China’s Guangdong province.

Originally conceived as a ‘poor man’s dish’, this dish’s high fat content (hence the intensity in flavours) and affordable ingredients made it popular amongst labourers, farmers and fishermen after a gruelling day’s work.

A good plate of char kway teow is one that possess wok hei (literally, ‘the breath of the wok’, a culinary term referring to the harmony of taste that infuses a stir-fried dish). As late as the 1950s, this was imparted by cooking the dish over firewood instead of gas stoves. Few modern-day hawkers will still go the extra mile of cooking this dish over charcoal fire, ensuring its trademark smoky fragrance.

Char kway teow is made of a mix of flat rice noodles and yellow wheat noodles, stir-fried over high heat with light and dark soy sauce, garlic, chilli, lup cheong (Chinese waxed sausage), egg, fishcake and beansprouts. The most sinful (but satisfying part)—char kway teow is stir-fried in lard, giving it fragrance and texture. Fresh prawns and blood cockles are then added to the mix. Local and regional variants of the dish also incorporate belacan (dried shrimp paste).

The dish is usually served on a banana leaf to enhance the scent, with a wedge of lime squeezed over the dish. A dash of sour-spicy chilli sauce is added on the side for an extra kick.

Feeling hungry after learning about this hawker classic? Here are some stalls selling the best char kway teow on the island.

During the Japanese Occupation of Singapore from 1942 to 1945, tapioca was used to make the noodles used in this dish, due to the ingredient’s low cost.